Can a film fare any worse than being ‘bad’? Yes. If it caters to ‘dangerous’ sentiments in the society. Or if it goes about its story in a dishonest manner. It isn’t lack of skill that results in a dishonest film, but a deliberate intent to show things in a certain light (and sometimes even preach). Given the current state of the world, it’s more important than ever to call out films that aren’t plain incompetent, but intend to contribute to a toxic narrative.

Mind you, these aren’t the ‘worst films’ of 2018, but the ones that peddled the most problematic ‘gyaan’ in the name of ‘but it’s only a film yaar‘. Here are 9 Bollywood films from 2018, whose collective integrity couldn’t even fill a teaspoon:

Coming at a time when religious polarisation is at an all-time high, Sanjay Leela Bhansali’s magnum opus aided (in whatever little way) the narrative of Whatsapp forwards in propagating stereotypes. At a time when cattle traders are being lynched, Bhansali’s film sacrificed nuance at the altar of box office and did everything to depict Alauddin Khilji as the savage ‘other’. Khilji plays the ‘villainous Muslim’ modeled on Muhammad of Ghazni, who kills in cold blood, rapes women and is consumed by his will to ‘possess’ things. Painting the Rajputs with a generous portion of daft, Padmaavat even inadvertently ended up celebrating the regressive practice of jauhar. For a film that saw a lot of support from the liberal quarters during its troubled release, many were left wondering if the fight for such a film was actually worth it. 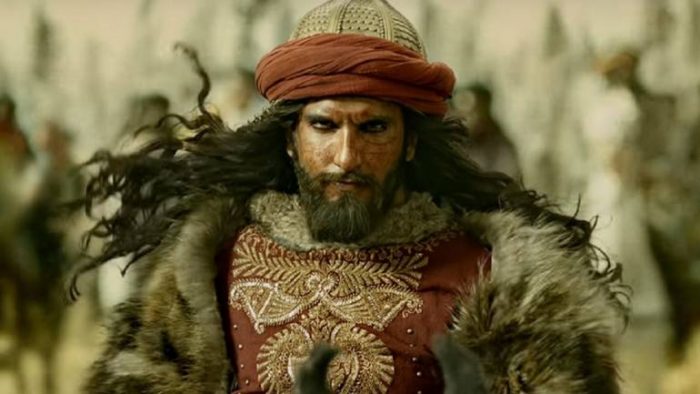 Based on the real-life experiences of Arunachalam Muruganatham, the film hijacked the inspirational true story in the most Bollywood fashion possible. It did so by casting Akshay Kumar in the lead and moving the action from Coimbatore, Tamil Nadu to Madhya Pradesh. And instead of trying to borrow from the person’s real-life experiences who revolutionised the production of low-cost sanitary napkins, R Balki’s film resorted to stereotypes like Akshay Kumar addressing a gathering in broken English (to emphasise on his rural roots). As if the real-life account wasn’t compelling enough, Balki even introduced a love triangle with the help of a tabla-playing Sonam Kapoor. This film wanted nothing to do with the story at its core but was more intent on raking in the cash by making the story more ‘palatable’ for the Hindi-speaking audience – Arunachalam Muruganatham be damned. 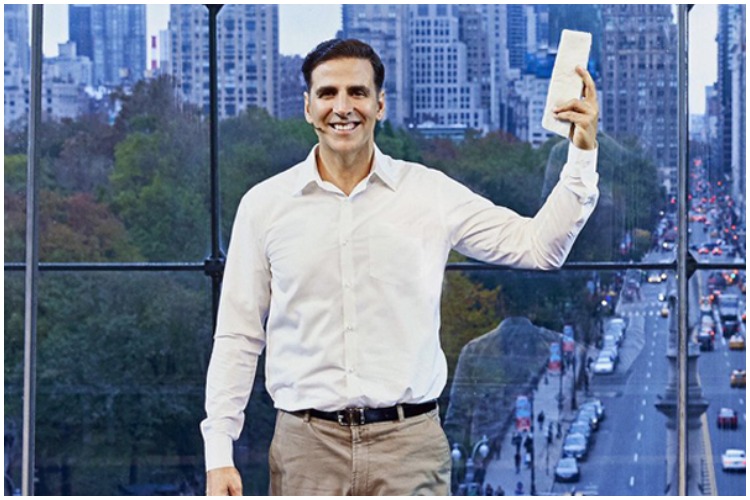 Who called it a Yash Raj film and not two hours of gimmick? Meant purely as a star-vehicle for Rani Mukerji, Hichki does its undeniable best to trivialise two disorders with one stone. Mukerji’s character is laden with Tourette’s syndrome, and she’s given the task of discovering the potential in a batch of ninth grade children from a disadvantaged background. It does neither, successfully. And that’s why it isn’t surprising to find reviews (like this one in Livemint) accusing Hichki of indulging in ‘parachute filmmaking’ – “where a film drops in on a problem just long enough to make them feel like they’re watching something meaningful, but avoiding any sort of meaningful engagement.” 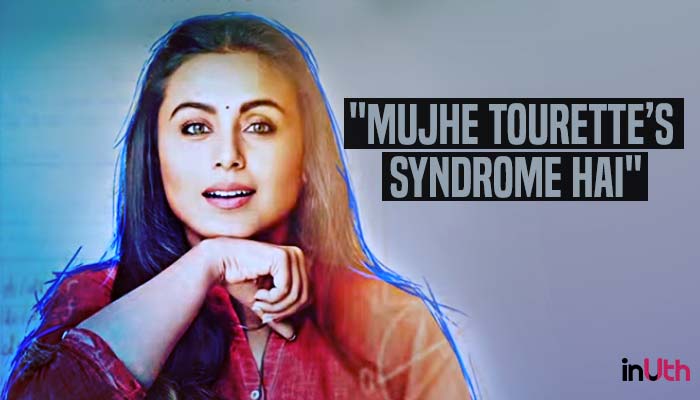 Ahmed Khan’s despicable film not only tried to position Tiger Shroff as John Rambo by borrowing stunts from a bunch of action films, but it wholeheartedly endorsed the Indian army’s controversial human shield incident. Shroff’s character summons all the protein supplements within his body to come up with the ingenious idea of tying a man in front of his jeep, as he wades through some apparent ‘stone pelters’. Commercial potboilers aren’t usually expected to take a political stance in their films, but when they end up oversimplifying an issue by catering to populist sentiment, it’s only deplorable. Shame on Ahmed Khan, Tiger Shroff and everyone responsible for using such a sensitive issue for the purpose of hero ki entry. 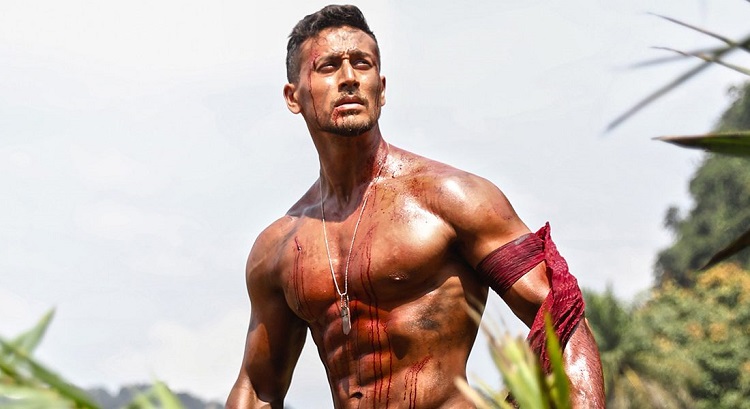 The most repulsive film of 2018, Rajkumar Hirani’s Sanju is arguably the worst possible biopic of Hindi cinema. Yes, including Bhaag Milkha Bhaag. Don’t get me wrong, it was a competent film featuring terrific performances from Ranbir Kapoor and Vicky Kaushal. But that’s not what we’re discussing here. Hirani’s intention to acquit Sanjay Dutt from the people’s court using broad strokes of fiction, stands against everything he’s preached to his audience through Munnabhai, Gandhiji, Rancho and PK. Hirani puts the onus of Dutt’s drug habit on an ‘evil friend’, carefully omits facts from Dutt’s well-documented life where he agreed to keep spare bullets and grenades from an underworld liaison. And finally, when there is no one else to blame for Dutt’s volatile behaviour in public, Hirani resorts to blaming ‘fake news’ for Dutt’s public persona. Where else have we heard all journalists being labelled ‘fake news’, while ironically peddling misinformation? 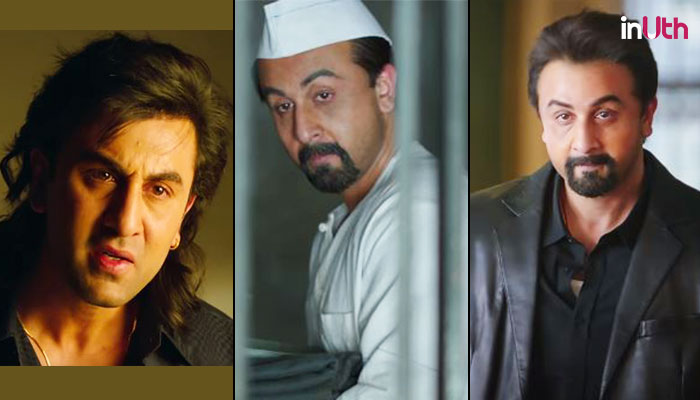 Karan Johar’s choice to remake the highest-grossing Marathi film of all time while launching two star kids in the middle of the nepotism debate, left some of us confused about what we should outrage over. Taking Nagraj Manjule’s minutely-observed take on the caste system in the hinterland and adapting it to the grammar of mainstream filmmaking, Dhadak was an assault to the senses for many who had seen Sairat. On top of that, Janhvi Kapoor’s inconsistent accent only made things more difficult for the young leads. Glazing over Sairat’s harrowing second half, Dhadak not only sanitised the original film’s commentary on caste, but it also played with the expectations of the audience (who knew what was coming) and added a twist in the tale. It seemed disingenuous to say the least. 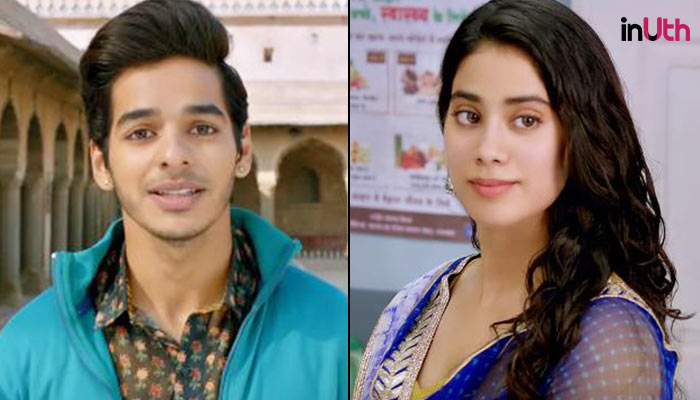 When Mastizaade director Milap Milan Zaveri came up with the idea of mangling the #trending genre of problematic vigilantism and deshbhakti, the end product was a malaise called Satyamev Jayate. A strong contender for also being one of the more hare-brained Hindi films of 2018, the film makes several attempts to appease the BJP vote-bank with intermittent references to achhe din and 56 inch ka seena. Not to say the comical dialogues like Hum Khakee waale usko khaak mein milayenge were any less significant in contributing to the film’s 100-crore box office. Films like these are the most shameless vessels of propaganda that not only advocate problematic things but also feeds into the wave of populist sentiment while doing it.

Reema Kagti’s film was an inspirational tale about a severely-depleted Indian hockey team taking on their colonisers on their turf, for a Hockey World Cup final. But that tale is immediately pushed in the background behind Akshay Kumar’s absolutely terrible impression of a Bengali according to a Punjabi. As if the bad Bengali accent of Akshay Kumar wasn’t enough, the director even makes Mouni Roy talk in a bad Bengali accent despite the actor being Bengali herself. And when all else fails, the film cuts to a close-up of Bollywood’s own son of the soil (sponsored by Kajaria tiles) chanting Vande Mataram. He overdoes it to the point that it ceases to mean anything. 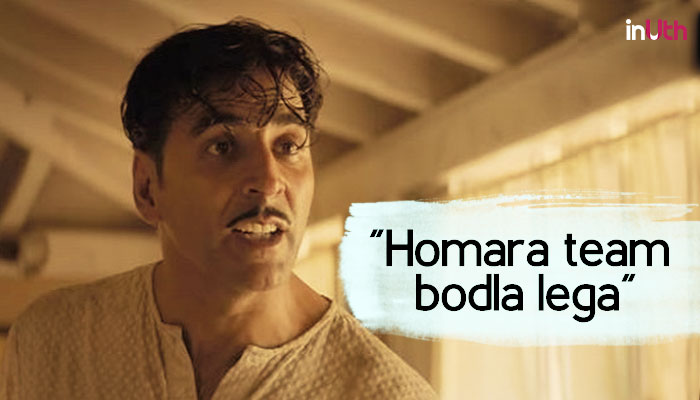 Probably the most exploitative film of the year, Pihu‘s shamelessness only rivals that of Rajkumar Hirani’s Sanju. Directed by former journalist Vinod Kapri, the film does anything and everything to put a five-year-old in harm’s way, to titillate the audience. Will she touch the hot iron, or will she step on that piece of glass? The only way Kapri’s film could have exploited its five-year-old protagonist more, is if it strapped a GoPro on her head and made the film first-person. With opportunities to examine urban loneliness, nuclear families and the modern marriage – it’s all squandered by a director who is more keen to be provocative through some shockingly contrived filmmaking. Pihu was a bad, bad film.

Bad films aren’t that unusual or uncommon, tbh, but what cannot be ignored is putting one’s weight behind preaching something dishonest or manipulating the audience in a way where the manipulation is clearly visible. Not only do we need better films, but we also need more filmmakers with integrity and honest intent. Is it really that hard? We’ll find out in 2019.