The Mirzya pairing — Harshvardhan Kapoor and Saiyami Kher, might reunite on-screen soon. As reported by a leading daily, the duo shares a good chemistry both on and off the screen and they have three ideas in hand. Saiyami in her latest statement to the daily revealed that both she and Harshvardhan will definitely work together soon and the projects are in the pipeline.

The two debuted in Bollywood with Rakeysh Omprakash Mehra’s Mirzya. While the film could not fare well at the Box Office, the pairing got appreciations by the audiences. The film was a modern take on the folklore of legendary lovers Mirza and Sahiban. The film was one of the anticipated Bollywood offerings this year as it was bringing a stunning trio of Rakyesh Omprakash Mehra, Gulzar and Shankar-Ehsaan-Loy on screen.

Talking about the possibilities of getting along together, Saiyami said:

“Harsh and I are chasing three stories. Something will definitely work out and we’ll be paired together after his upcoming vigilante drama wraps up. He’s completely focused on that right now.” 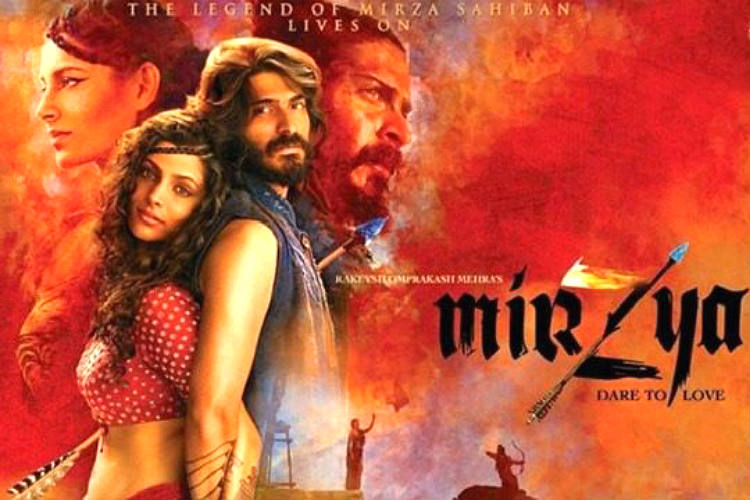 The ‘vigilante drama’ in Saiyami’s statement is Vikramaditya Motwane’s next film — Bhavesh Joshi. The film featuring Harshavrdhan in the lead is about a Gujarati boy blessed with special powers.The actress herself is currently busy with her Tamil-Telugu bilingual project, directed by Mani Ratnam. Talking about the same, she said:

“Harsh and I are chasing three stories. Something will definitely work out and we’ll be paired together after his upcoming vigilante drama wraps up. He’s completely focused on that right now.”

Harshvardhan and Saiyami might haven’t gotten the frenzy they deserved with Mirzya, reuniting on-screen seems not a bad idea at all. Do you think the two should now root for a simple, quintessential Bollywood love story without any complexities in its narrative?