While Bollywood has seen many on-screen mothers in Nirupa Ray, Achchla Sachdev, Leena Mishra and others, it was Utpal Dutt who set the ball rolling for fathers in the Indian film industry—a trend later followed by the likes of Kader Khan, Anupam Kher and even our own ‘Babuji’ Alok Nath.

Born on March 29, 1929, Dutt developed a love for theatre during his days in St Xavier’s college, Calcutta. Earlier, he was mostly associated with English plays, but later, he got deeply influenced by Marxist ideology and moved away from the elitist plays and started working in Bengali plays that masses could connect with. In the midst of antagonistic political movement in India, Dutt was arrested on September 23, 1965, under the Preventive Detention Act.

Dutt was also a renowned playwright whose works helped create a vital left-political theatre in West Bengal. Dutt was least interested in working for Bollywood, however, his personal debts forced him to do so. In a career spanning over two decades in the Hindi industry, Dutt essayed various roles; but it was the comedy that took him to great heights. His most notable films include Guddi, Gol Maal, Naram Garam, Rang Birangi and Shaukeen. With his impeccable timing and strong screen presence, Dutt became a household name in India.

Here are 8 dialogues of the thespian that hold true in today’s age: 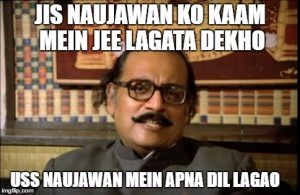 2. Jumping into the nationalism debate 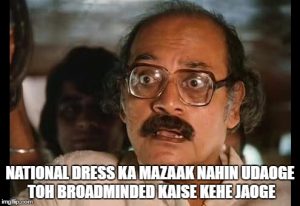 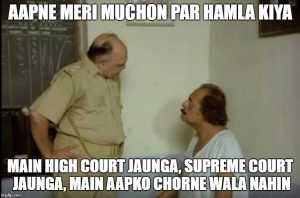 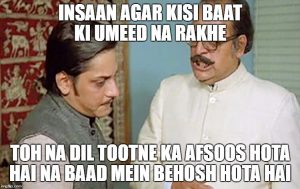 5. Idea of father and daughter falling for the same person 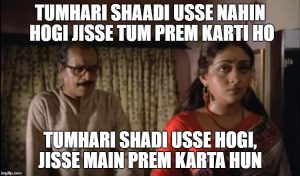 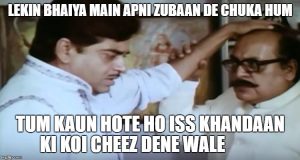 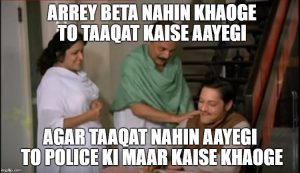 8. Heart is important than House 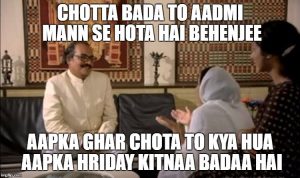