Many happy returns of the day. May you continue to enthrall all of us with your grace and performances on-screen. It wouldn’t be proper to mention your age in public. Bad Manners! I won’t call you Ash, as it means inviting wrath from your mum-in-law Jaya Aunty. So, I will stick to calling you Aishwarya.

Few days back, I watched Karan Johar’s Ae Dil Hai Mushkil featuring you alongside Ranbir Kapoor and Anushka Sharma. Although I had initially wanted to give this flick a miss, your glamorous avatar forced me to rethink. And I don’t regret it. Pardon me for spoilers, but I had to wait for the second half to finally realise the worth of the 300-odd bucks I spent. You charmed and seduced a much younger Ayaan (Ranbir).  I would be lying if I say I wasn’t jealous. May be even blushing at the thought like Ayaan.

From winning the Miss World crown in 1994, to becoming a doting daughter in-law of the Bachchans and a mommy to cute Aaradhya, you have come a long way. I will not speak about your relationship woes. Not because it is your birthday, but poking nose in other’s matters is neither my cup of tea nor choice.

Exactly 16 years ago, Aditya Chopra made a film called Mohabbatein, which became a rage within a short time. You played Megha, darling daughter of a stubborn college principal played by megastar (now your pop-in-law) Amitabh Bachchan. In the film, your father expels your on-screen love interest played by Shah Rukh Khan (who returns as your estranged husband in ADHM). Incidentally, the film was released on the occasion of Diwali, and left young lovers swooning for the girl next door called Megha.

I was not a stranger to this phenomenon as well. Soon, I became the centre of attraction (or ridicule) among my classmates for wrapping a red sweater around my neck and playing violin in the air using twigs. I even remember telling my mother that I want to marry you when I grow up.

My attraction towards you grew stronger with each passing day. Be it Mansi from Taal or Nandini from Hum Dil De Chuke Sanam, you continued to win hearts both in the country and abroad. Remember the last scene in Devdas when donning a traditional saree, you ran down the stairs of your palatial house to get a last glimpse of your estranged lover (again SRK). Wish if the plot had not played Satan and gates were not closed at the wrong moment.

And then, six years later, I was shattered when you announced that you are getting married to Abhishek Bachchan. I was unable to digest the fact that a person whom I wished would be mine was getting hitched to someone else. The situation was akin to the scene in Khakee wherein you dumped Akshay Kumar and got him killed by your on-screen beau Ajay Devgn. But I will not wish for a similar end for you. I wish you a long and happy life.

Critics have often spoken ill about your acting skills. They say you were mainly confined to playing a glamorous bae or a grief-stricken wife. I used to argue citing your performances in Chokher Bali (seen with subtitles), Bride and Prejudice and Provoked. Then followed Guru, Raavan and Jazbaa wherein you portrayed different roles. And then came Sarabjit, wherein you shut the mouth of detractors in a classy way. The audience at the theatres sat back and admired your performance as Dalbir Kaur, sister of death row convict Sarabjit Singh, who was murdered in Lahore’s Kot Lakhpat jail. 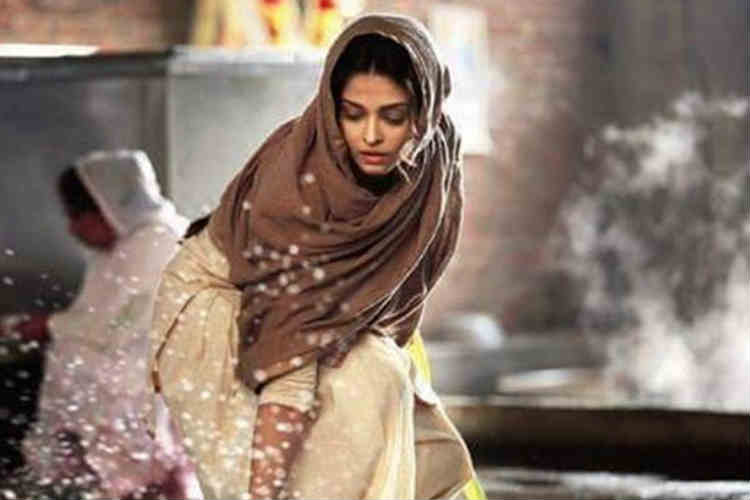 Aishwarya Rai Bachchan in a still from Sarabjit. (Photo: Express)

You are juggling well between your family and films, and regularly gracing at various fashion and film events and not to forget Cannes. In 2014, Hollywood Buzz adjudged you the fourth most beautiful woman in the world. Isn’t it a proud moment on being featured in the top 5 list alongside Monica Bellucci, Kate Upton and Angelina Jolie?

I wish to end my birthday letter to you abruptly with lots of warmth and affection. May your tribe increase!