Popular chat show Koffee With Karan has entered into its fifth season. The first guests on the show remained Shah Rukh Khan and Alia Bhatt. And the other guests in the queue for the new season are Aditya Roy Kapur-Parineeti Chopra, Farah Khan-Sania Mirza, and Akshay Kumar-Twinkle Khanna. While the show in itself has generated a lot of buzz around its new season, the excitement to watch  Twinkle Khanna on the couch seems more these days.

This is completely surprising and indicates to a wave of change. Twinkle Khanna is known as Mrs Funny Bones due to her funny one-liners and sarcasm-rich attitude, and of course her Twitter handle. Her popularity on social media is enormous. She’s going to grace the show with hubby Akshay Kumar. But, there’s a catch here.

Nobody is talking about the man, who is, by the way, one of the most popular actors in the industry. The popularity of Akshay Kumar is unarguably more than her wife, actress and an entrepreneur Twinkle Khanna among the masses. Yet the name we are hearing these days is Twinkle Khanna on Koffee With Karan. Isn’t it wow to see how a man with a superstar status gets completely overshadowed by the wit and intellect of his wife? Just look at these headlines of  a few articles running around for a while now. 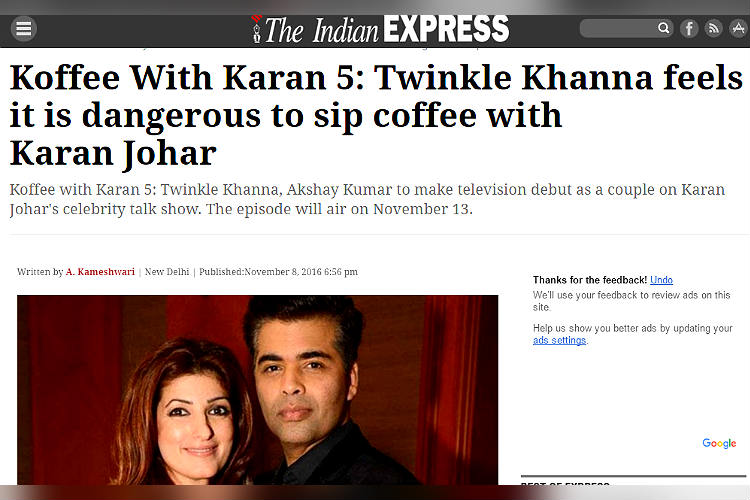 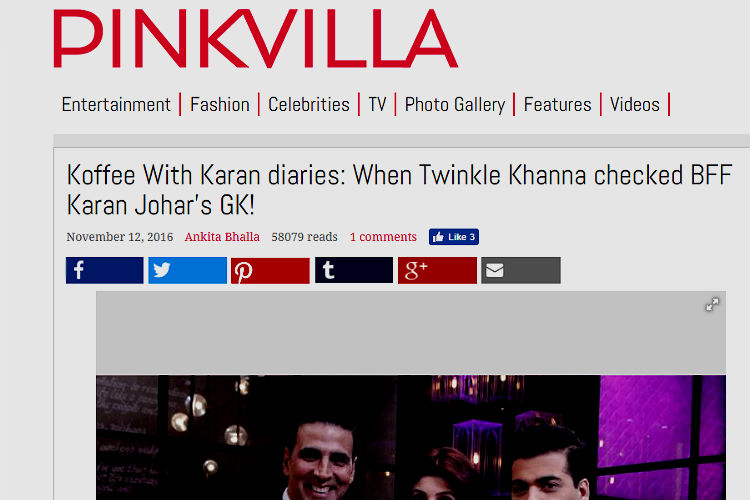 Screen shot of a Pinkvilla article 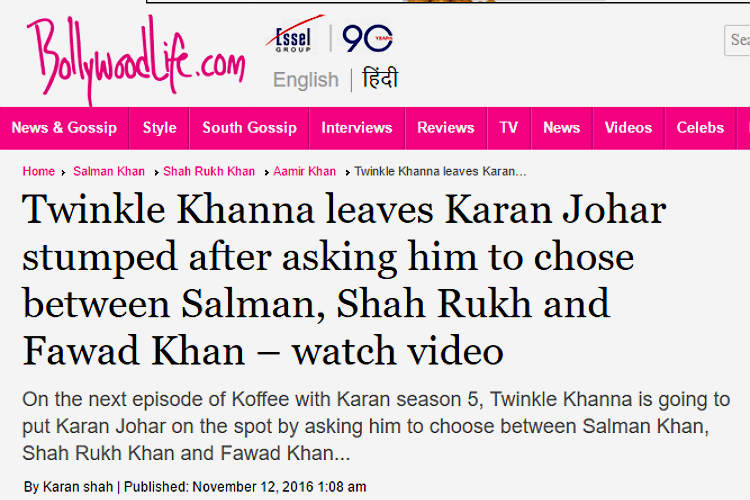 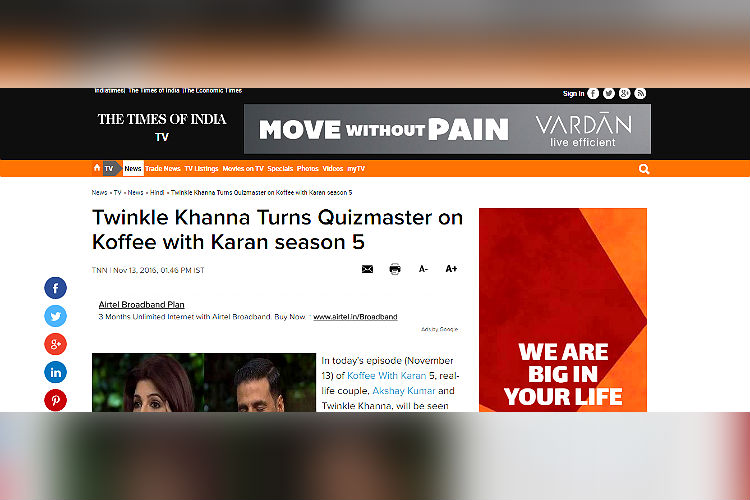 Screen shot of a TOI article

Wondering, what’s there to look? Well, most of these articles have been pegged around how the show is going to be more interesting because of Twinkle Khanna. Akshay is Khiladi Kumar, and one of the leading men in the industry. The moment he steps out his abode, people go gaga to just have one glimpse of the actor who has given hits like Airlift, Housefull 3 and Rustom this year. And therefore it’s super amazing to see Twinkle getting the limelight here. After all, she’s not just Akshay Kumar’s wife. He’s a lucky man, though!

Also read: There’s no winning against Twinkle Khanna for KJo on Koffee With Karan