Desi Girl Priyanka Chopra has rocked the red carpet at the 74the Golden Globe Awards by making a stunning debut. Her golden coloured Ralph Lauren gown which boasted of a plunging v-neckline did catch our attention. Priyanka is set to make her Hollywood debut with action thriller Baywatch.

The actress was present at the ceremony to present an award. This isn’t the first time that Piggy Chops was a delight to watch at the event. 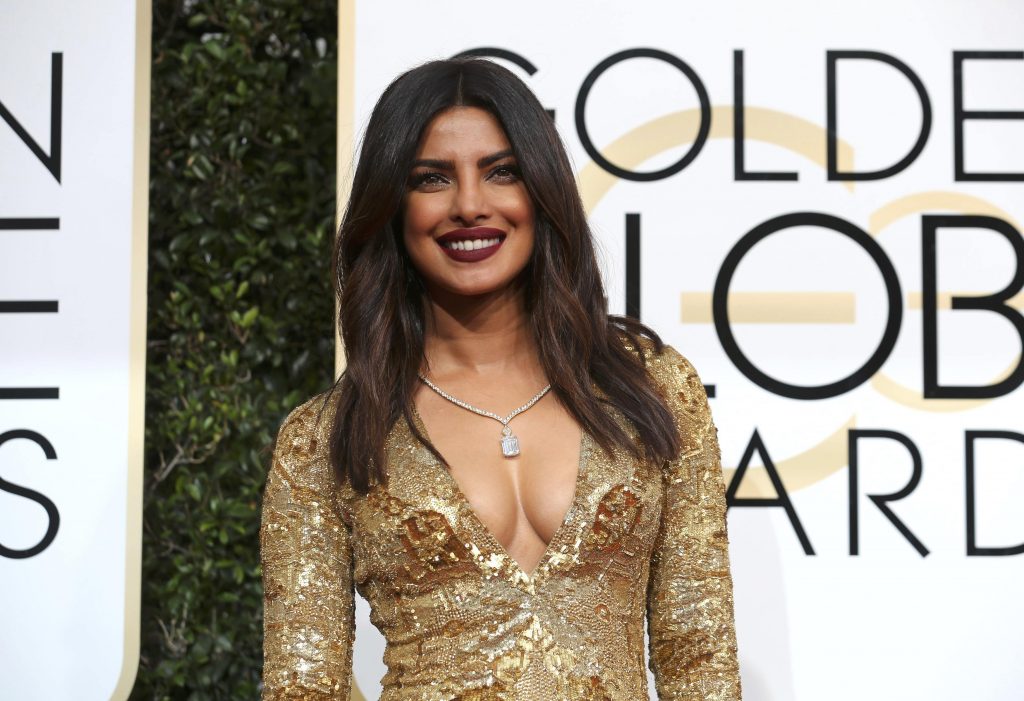 Styled by Cristina Ehrlich, Priyanka flaunted her smoky eyes, maroon coloured lipstick with utmost grace. (What a way to start 2017!) However, her outfit wasn’t the only thing that grabbed the spotlight. Her backstage meeting with the popular actor Jeffrey Dean Morgan was one of the highlights of the show. 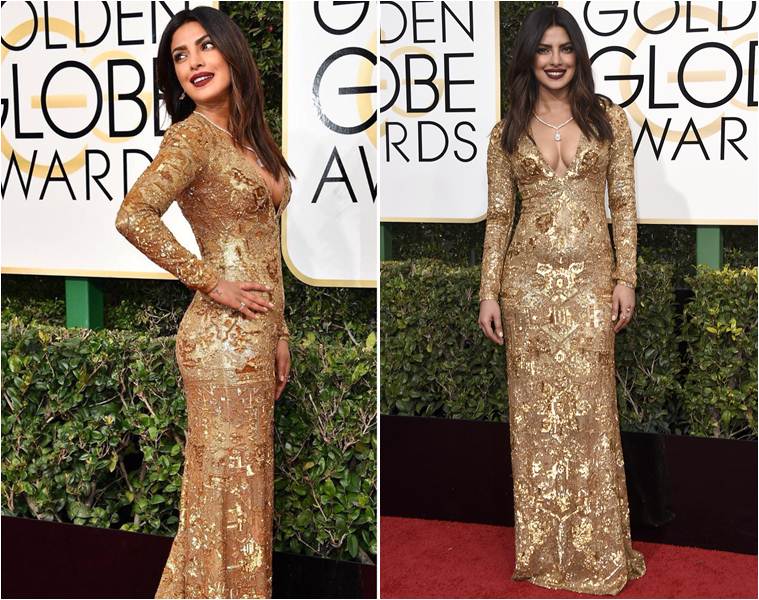 The stars were seen all excited when they talked about how they are going to present an award at the function. Interestingly, JD Morgan confessed how much excited he is to watch Priyanka’s Baywatch. Check out all the backstage excitement:’Not o

.@priyankachopra and @JDMorgan take the stage to present the next award! #GoldenGlobes pic.twitter.com/15TueiW4gx

Not only that, she made sure to shake a leg with the Hollywood actress Sofia Vergara.

Priyanka had a minute but a lasting presence in the trailer of Baywatch which featured the likes of Dwayne Johnson and Alexandra Daddario. Her badass avatar of Victoria Leeds is worth the wait. In 2016, she had made stunning debuts at the red carpets of Emmy and Oscars.

(Courtesy: YouTube| RANDOM VIDEOS)
The other presenters at the Golden Globe Awards include the names of biggies like Sylvester Stallone, Chris Hemsworth, Sofia Vergara, Leonardo DiCaprio, Drew Barrymore, Brie Larson, Viola Davis, Gal Gadot, Matt Demon etc. The award function is being hosted by popular anchor Jimmy Fallon at The Beverly Hilton in Beverly Hills. She is doing a great job with her American suspense thriller series Quantico where Priyanka is portraying the role of Alex Parrish.