Aditya Chopra and his Yash Raj Films have released another song of ‘Befikre‘ titled ‘Ude Dil Befikre’ starring Ranveer Singh and Vaani Kapoor. The new song has added more excitement to the much-awaited film. The first song ‘Nashe Si Chad Gayi‘ and the trailer of the film were a fire-cracker. But did we get to see something really new in the new song? 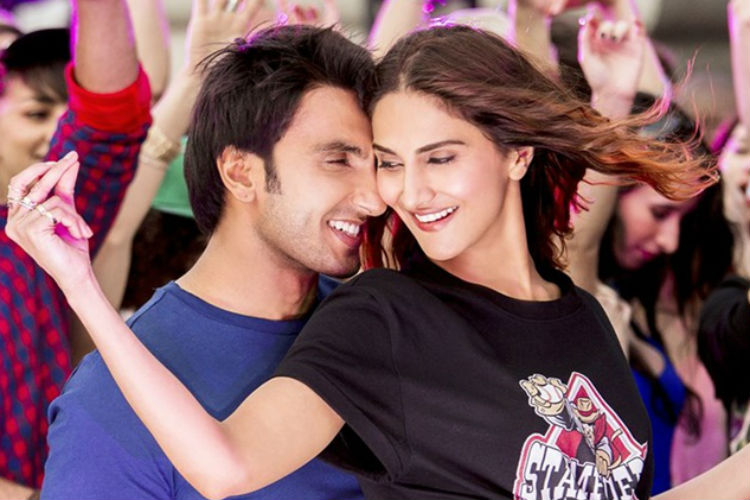 The song starts with a peppy background score and both Ranveer and Vaani can be seen grooving in Paris. Their carefree avatar is the highlight of the song. From stealing ‘chaddis‘ to pole dance, they have bared it all in ‘Ude Dil Befikre‘. With its peppy music and catchy lyrics, the song is a treat for all the fans. The sizzling chemistry of Ranveer and Vaani is on full display. In the song, the romantic on-screen couple can be seen taking shots and drinking beer in the craziest possible way. The song has all the potential to top the chartbusters as a party song. It is perfect for people who want to burn the dance floor with their ‘Befikre’ dance steps. (Wink Wink!)

The ‘Ude Dil Befikre‘ is breaking away from the line of songs that have come up in the recent times. It’s crazy, daring and energetic. Perhaps, these are enough reasons to make you fall in love with the song. But for some people, the song can be not that interesting. Some may not like the audacity with which Ranveer and Vaani are shown on the screen. However, for others, it can be one of the most loved songs of the year 2016. The song has caught our attention and has the potential to receive criticism and gain some brownie points at the same time. Keeping this in mind, we are here to give you both sides of the song and we believe that by the end of this article, you will definitely pick a side!

So, Let’s get started!

Ranveer (Dharam) and Shayra (Vaani) are attracted to each other but Hey! not every attraction leads to equal reaction! Both bump into each other in the romantic city of Paris (How ironic!) and then they dare each other to do some tasks (Roadies or Romance?)

Dharam dares Shyra to steal a kinky red colored underwear from a posh lingerie store. In return, Shayra gets into a ‘Hum Kisi Se Kum Nahi‘ mode and asks Dharam to wear that same underwear and attend an event! (Bollywood fantasies, I tell you!)

What Happens in Paris, Stays in Paris?

If you think, that’s about it, we have more to tell. Later Ranveer Singh dares Vaani Kapoor to do a striptease in a library (Kitaabein bahutt si padi ho na ho, Magar kabhi striptease tumne kiya hai….) and the latter completes the task with full marks! (Indeed Befikre!) Ranveer and Vaani’s  character then head to a terrace to serenade each other (Wait! What! Hangover!)

As for those, who do not agree with us and feel that it is one of the awesomest songs till date! Don’t worry we got you covered as well. Here’s why fans will love the song:

The song has been shot in some of the lesser known locations in Paris. It is being said that the director wanted to show Paris from an insider’s lens and hence the ‘never-seen-before’ locations are a highlight of the song. For instance, the makers shot the song on the terrace of Opera Garnier where only four people were allowed. The scenes have come out very beautifully. To add on, the mesmerising locales will glue you to your screens. But Abhishek Bachchan has a reason to complain!

Both the actors seem to be enjoying what they are doing. The song seems to celebrate the season of ‘Befikre‘ and the actors have done a fantastic job on that front. Their instant chemistry is definitely one of the highlights of the song. Similarly, both compliment each other well as well. The carefree couple gets full marks for their conviction.

The trailer has already garnered more than 10 million views.  Through it,  director Aditya Chopra promises a pleasant drama which is ‘masaledaar‘ and high on energy. Set in an unconventional and vibrant style, Ranveer and Vaani create magic with their no-strings-attached chemistry. ‘Befikre’ is slated to release on December 9.

Also Watch: Ranveer and Vaani can’t keep their hands off each other in new song from Befikre