Kapil Sharma and Sunil Grover’s ugly spat is in news for all the wrong reason and it seems like the troubles are far from ending for the ace comedian. From Kapil’s apology to Sunil’s message for him, everything about this fight is only upsetting for all the fans of The Kapil Sharma Show.

The incident took place when the whole team of TKSS was returning back to Mumbai after a show in Australia. It is being said that the whole team began eating food served by the cabin crew and when a highly drunk Kapil saw everybody having food without him, he became angry and started shouting.

In an interview with Hindustan Times, an eye-witness told that Kapil in a very loud voice said, ‘Jab maine khana shuru nahi kiya toh tum logon ne kaise le liya khana?‘. His loud voice and such statement not only made his team and the co-passengers uncomfortable, but the entire team also returned their unfinished food to the crew.

And when Sunil Grover tried to intervene, an angry Kapil started shouting on him as well and grabbed Sunil from his collar. But Kapil didn’t stop there, he took off his shoe and hit Sunil.  Sharma repeatedly slapped Grover and said, ‘Gaya tha na tu toh. Aaya na wapas mere hi paas.‘

A drunk Kapil was so uncontrollable that the crew even threatened him of calling security upon landing, but he was just not ready to listen. He not only insulted Sunil but also the whole team of TKSS. Reportedly, Kapil called Kiku Sharda and Ali Asgar as daily wage earners and also threatened to destroy their careers.

Well, it is not yet known whether Sunil will continue to be a part of the show, but we really hope that things get better soon between the two. 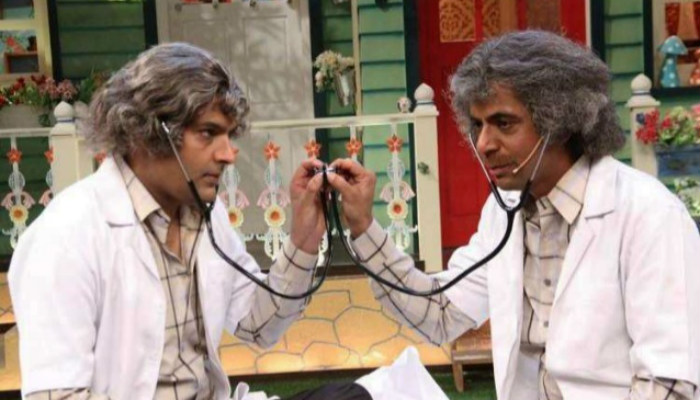