During the music launch of Veere di Wedding, one of the four female leads was asked about Feminism and her response has caused a sensation. “I believe in equality. I wouldn’t say I am a feminist, I would say I am a woman and above all, I am a human being. I am also as proud to be known as Saif Ali Khan’s wife, as I am to be Kareena Kapoor. So that is just the way I am,” said Kareena, causing jaws to automatically unhinge.

Believes in equality and is ‘therefore’ not a Feminist? That’s sort of like saying that she believes in food, but not in eating.

But Kareena Kapoor is hardly the first of her profession to think that equality and Feminism lie on opposite camps. Parineeti Chopra, Tabu, Lisa Haydon, Madhuri Dixit and at one point even Priyanka Chopra refused to identify as a Feminist, WHILE talking about empowerment and equality in the same breath. 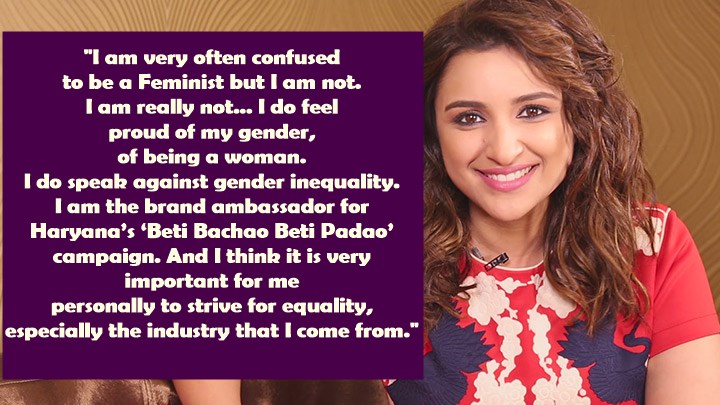 Clearly this is a crisis situation that must be managed before it gets out of hand. We decided to come up with a five-point dummies guide to Feminism for of you who find yourself agreeing to the garbled definitions of Feminism Bollywood often offers.

First things first: by its very definition, feminism means the ‘advocacy of women’s rights on the ground of the equality of the sexes’. It is not about gaining an upperhand against men, but about getting the same opportunities as they are given. To get equal rights just as they do. So when you say you believe in ‘equality’ and ‘humanity’ and not Feminism, you’re basically being very, very obtuse.

Priyanka Chopra, when asked whether Quantico was a Feminist show or not, said this: 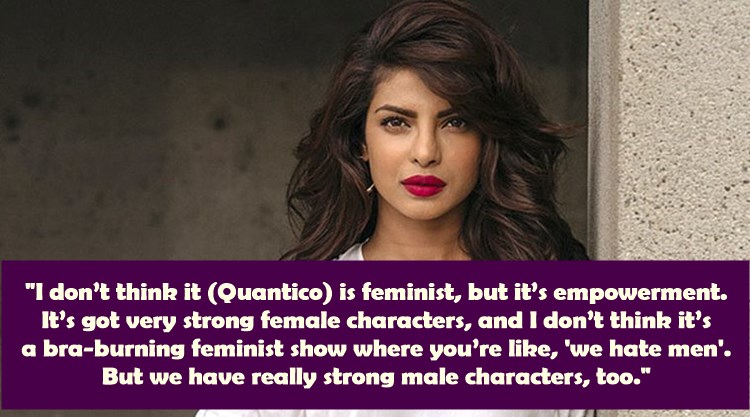 Well no, Becky. Feminism is not about hating men, nor is it about burning bras. And if you’d only done a couple of Google searches you’d realise the very term ‘bra-burning feminists’ was coined in 1968 to deride and ridicule women fighting for equality. Feminism is about levelling the playing field, and ensuring that male privilege does not obliterate the chances of another more able candidate. So again, why aren’t you a Feminist?

#3 You can be a Feminist AND be married

Two years ago, writer and co-founder of Justice For Women, Julie Bindel’s viral video for The Guardian, ‘Women, Face It: Marriage Can Never Be Feminist’, perpetuating the popular notion that wedding vows and Feminism do not go hand-in-hand. Perhaps this notion is what makes so many women reluctant to openly identify as Feminists. But the whole point of Feminism is to recognise that women can think for themselves, take decisions for themselves. Can we really on one hand fight for women’s right to agency and then tell them they cannot marry while also identifying as a Feminist? No. Can. Do.

Queen actor Lisa Haydon’s opinion on Feminism is one that’s echoed by a lot of men. When asked about it, she said, “I don’t like the word feminist. I don’t think women trying to be men is feminism. I also don’t believe in being outspoken for the sake of it, or just to prove a point. ” 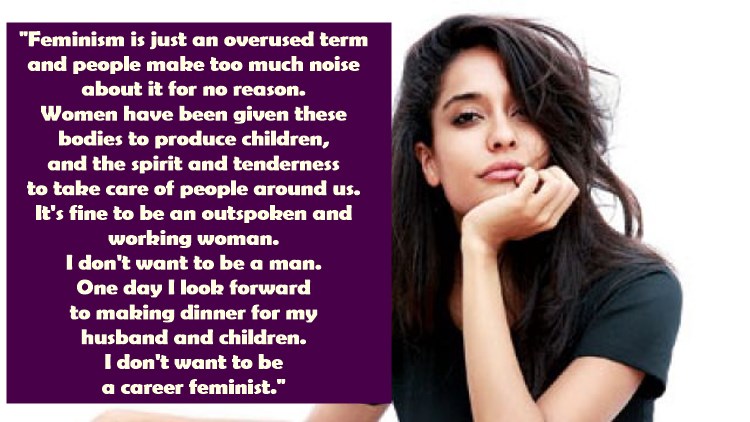 Eh? Trying to be a man? Where did that come from? The idea is to be get the same social, economic and political options as men without bias on the basis of gender. The idea is to not be told that women MUST have kids regardless of whether or not they want them. That their bodies are their own and they alone have the right over it. The idea is not to perpetuate that men and women cannot cook for their spouses but to ensure that housework doesn’t automatically fall to the women in the house.

#5 Feminism is NOT a bad word 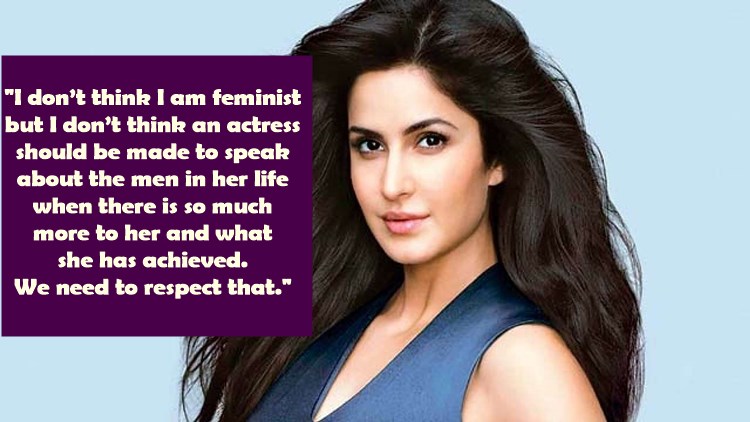 What’s with this trend of shying away from the tag of being a Feminist? The various kinds of freedom you enjoy be it voting, to education, to the right to work, was earned by women who called themselves Feminists and who were mocked, verbally and physically abused, even ostracized for their ‘radical’ views. So no, Feminism is NOT a bad word at all, but a badge of honour. Hold it up with pride.