Pakistani actor Fawad Khan may have left India after a lot of hurdles but his fan following here hasn’t faded away. Any news about the heartthrob makes his fans happy and this one will definitely elate them. A picture of Fawad with his younger daughter Elayna surfaced on the Internet today and will make your day too. The picture was posted by Fawad’s wife Sadaf on Instagram.

The picture shows the Kapoor & Sons star holding the baby who was born in October 2016. The picture reeks of parental love and adoration on many levels.

This is Elayna’s very first picture and was taken at the birthday bash of Fawad’s son Ayaan. Reportedly, Fawad earlier ordered 112 custom-made red velvet floral-themed cakes to announce her name. Another video from the birthday party was shared on Instagram by one of Fawad’s fan clubs, which showed the actor singing. 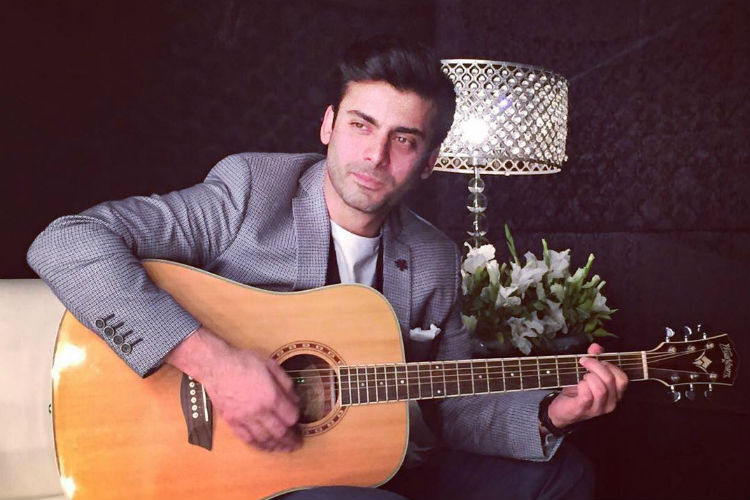 Fawad, who debuted in Bollywood with the 2015 release Khoobusrat had built a huge fan base in India even before it released. When his serials Zindagi Gulzar Hai and Humsafar aired in India, Fawad gave viewers a reason to turn on their television to watch him.

Despite the amount of love he got, Fawad faced ire for being a Pakistani after the horrific Uri attacks in Kashmir last year. His name was among the most prominent ones of the Pakistani artistes whose boycott was called by political parties. His last Bollywood outing Ae Dil Hai Mushkil too got embroiled in this controversy and its release was threatened.

So when Fawad went back to Pakistan to be by Sadaf’s side during pregnancy, it was speculated that he was scared of the threats. Later, his Facebook post cleared the air.

Now looking at Fawad’s happy pictures with his family hint that he has grown past the controversies. Have a look for yourself: