Dangal actor Fatima Sana Shaikh is no stranger to getting trolled on social media. She was trolled for wearing a swimsuit a couple of years ago. Several people, defying all logic, called her a “fake Muslim” for wearing revealing clothes during the holy month of Ramzan.

If you thought that women only get shamed for wearing short clothes, then wait for it. Shaikh once again got bashed…for wearing a saree this time. Why? Because some think that a saree is a garment meant for only Hindu women. LOL.

Shaikh didn’t respond to her trolls but cheekily enough had captioned her photo “Shameless selfie” this time around.

The holy month of Ramzan is going on right now and this time one of Shaikh’s photos again got unsolicited advice from men asking her to cover up.

Well, this time she chose to respond and in the most hilarious way possible. 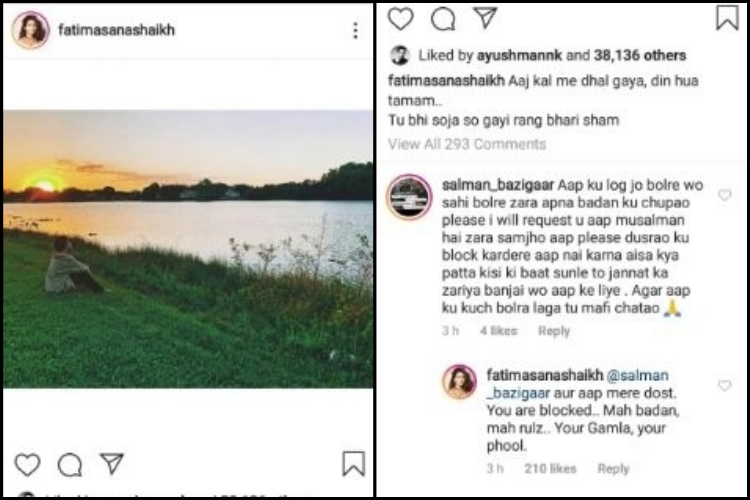 Instead of outraging and slamming the guy, she simply wrote that she will be blocking him before signing off with “mah badan, mah rulz. your gamla, your phool” which literally translates into “my body, my rules. your vase, your flowers”. But she could have used the word “phool” to insinuate that the troll was nothing but a fool.