Our favourite talk-show host Ellen DeGeneres has been awarded the Presidential Medal of Freedom by President Barack Obama. Along with DeGeneres , 21 others were presented with the award at the White House on Tuesday.

Things didn’t go smoothly for her, though. Apparently, the famous star was denied entry into the White House and for what could be the silliest reason. She had forgotten her ID. As she rested on a bench outside the building, she tweeted a photo of herself saying, “They haven’t let me in to the White House yet because I forgot my ID. #NotJoking #PresidentialMedalOfFreedom.” 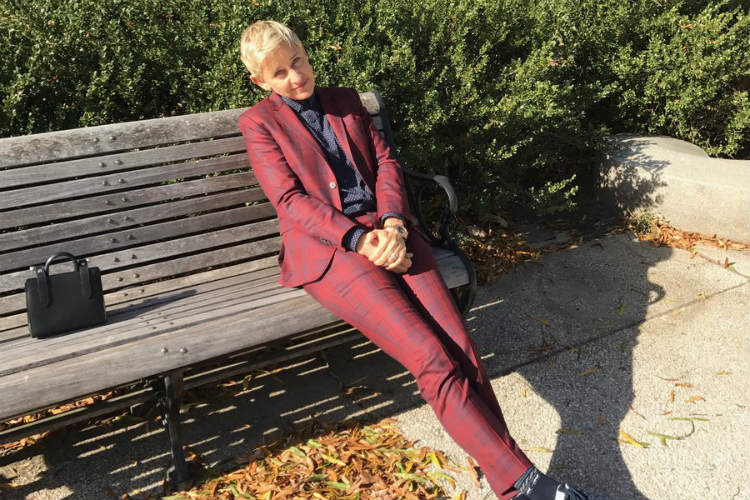 Somehow, she got inside the White House. She didn’t say how but, I’m almost certain she trespassed the secure grounds. Anyway, once inside the White House, she did the most incredible thing there is to do. She took the Mannequin Challenge AT THE WHITE HOUSE with the other recipients of the Medal of Freedom. Among the 21 others were, Robert De Niro, Michael Jordan, Tom Hanks, and Diana Ross.

Barack Obama, her old bud from his visits to The Ellen DeGeneres Show, presented the award as DeGeneres started to well up. “At a pivotal moment, her courage and candor helped changed the minds of millions of Americans, accelerating our nation’s constant drive toward equality and acceptance for all.” As the announcer described her achievements, Ellen struggled to hold back tears, prompting Obama to stretch out a friendly hand of comfort.

“Again and again, Ellen DeGeneres has shown us that a single individual can make the world a more fun, more open, more loving place — so long as we just keep swimming,” the speaker continued. Ellen turned as Obama the medal around her neck before the two shared a hug and a peck on the cheek.

“.@POTUS Barack Obama just awarded me the #MedalofFreedom. I hope it serves as an ID. I have no idea how I’m getting home,” Ellen tweeted a photo of herself, wearing the medal, along with her spouse, Portia de Rossi.

.@POTUS Barack Obama just awarded me the #MedalofFreedom. I hope it serves as an ID. I have no idea how I’m getting home. pic.twitter.com/JSMf0sJqyF

Obama holds a lot of respect for DeGeneres as was evident from his previous visits to The Ellen DeGeneres Show. “Changing hearts and minds. I don’t think anyone has been more influential than you on that,” Obama had said as the two discussed the road to equality for the LGBTQ+ community.