Film celebrities — in India and more so internationally — are perpetually dogged by rumours of going under the knife for corrective surgeries for beautification. But actress Sonam Kapoor, whose blog post about fighting “strict rules” of beauty since adolescence has gone viral on social media, says she doesn’t believe in resorting to artificial procedures to alter looks.

“I am not a big believer in cosmetic treatments. Artificial cosmetic or corrective treatments are damaging… Especially if you see all the studies,” Sonam, told a news agency in an interview.

However, she was quick to add: “I don’t judge anybody who does that. It’s each to his own and it’s all a personal choice. I would rather use products that are safe and the ones that I have control over, not some doctor doing it for me.”

In a post titled ‘I Didn’t Wake Up Like This’ for a leading portal on Wednesday, 28 September, Sonam delved uninhibitedly on the inhibitions and insecurities she harboured through her adolescence “wondering why my body looked nothing like it should”. She said that when she embarked on her journey to being a film actress, she also “embarked on a series of unhealthy behaviours”, including a diet “that had me eating pineapples all day”. 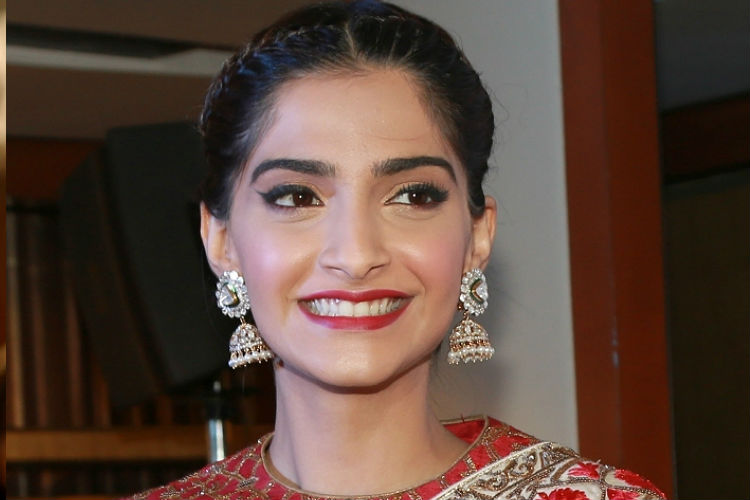 Yet, she smiled through it all.

“There is a risk in being extremely modest. I am always complimented for my smile and that it’s my best feature. I also feel that my smile is my best feature,” said the actress, who features in a new video for a toothpaste brand, a unique beauty oral care solution.

“I always had nice teeth. I never had braces or cavities. The only issue is that over the years, your teeth start getting stained because of food,” said Sonam, who believes that having “beautiful white teeth” is an important part of her beauty regime.

It also helps her to laugh out loud and smile with confidence. The video featuring Sonam has a song by Arjun Kanungo, and the actress describes it as “sweet and peppy”.

Talking about the singer, she said: “Arjun is good, sweet and a great singer. He is also good looking and I am sure young girls are crazy about him.”