The Kedarnath teaser, which dropped on Tuesday, starts out with spine-chilling visuals of the temple town getting flooded. As the water gushes down from all sides of the mountain, horrifying memories from the 2013 floods come rushing back.

Sara Ali Khan’s debut film seems to be a love story caught in the midst of a disaster. Co-starring Sushant Singh Rajput, Kedarnath is a story of humans vs nature. Before disaster strikes, Sara’s character Mukku falls in love with Sushant’s character Mansoor, who plays a porter in Kedarnath. 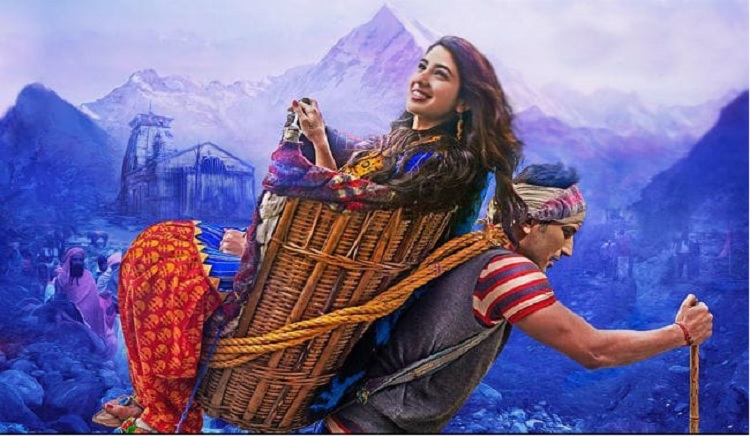 Kedarnath‘s teaser gives us a sneak peek into the brewing inter-faith love story between a Hindu girl (Sara), who goes on a pilgrimage to the temple town on the back of Muslim pithoo (Sushant). Mukku and Mansoor’s love story, it seems, is not just battling a natural disaster to keep their love afloat, they’re also dealing with families opposing their relationship.

Although the visuals try to evoke the sense of death and despair that comes with such a tragedy, the shoddy CGI work in the one-and-a-half-minute trailer defuses that feeling and is rather disappointing. Hindustan Times reports that the film has weathered quite a few storms in post-production as the director fought over the rights. The shooting was also paused for a few months due to production problems. The film will now release on December this year. Debutante Sara has two releases by the end of this year, Kedarnath and Simbaa with Ranveer Singh, which is also slated for a December release.