If there’s one thing that Emma Watson’s best known for it is that she is an out and out feminist. Well, actually, it’s Harry Potter but the NEXT thing is definitely feminism. So, when the public blasts celebrities like her, accusing her of hypocrisy, one takes a step back to reevaluate the premise. The 26-year-old actress made a controversial appearance in the famed Vanity Fair magazine which has made people question her stand on feminism.

In a recent photoshoot, Emma Watson was seen without a bra which raised a controversy. Apparently, a woman can’t promote women empowerment and look sexy at the same time. Bashing the Beauty and the Beast actress, English radio host Julia Hartley-Brewer said, “Emma Watson: “Feminism, feminism… gender wage gap… why oh why am I not taken seriously… feminism… oh, and here are my tits!” 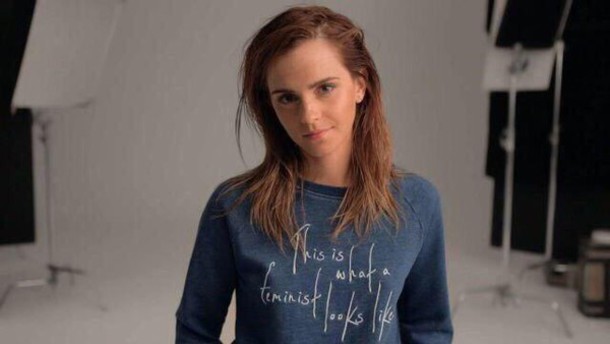 The actress was slut-shamed for her photograph with one Instagram user commenting, “#hypocrite, lost respect for all your work. Complete opposite of what you preach. Don’t give men and society what they want. You disappoint me.”

The thought that irked people is that, in the past, Watson has questioned the sexualisation of females in the industry. However, some people don’t seem to understand the clear distinction between looking sexy and being unnecessarily sexualised.

Maturing from Hermione to Belle in @beautyandthebeast is a true coming-of-age story for @EmmaWatson: “I couldn’t care less if I won an Oscar or not if the movie didn’t say something that I felt was important for people to hear.” Read the full cover story at the link in bio. Photograph by Tim Walker.

The idea that a sexy woman is not a feminist (and consequently, doesn’t respect herself) is rooted in the sense that women who flaunt their bodies desire sex. It is appalling how even now, people are still not clear in the head about what is respectful of women and what isn’t.

Emma Watson: “Feminism, feminism… gender wage gap… why oh why am I not taken seriously… feminism… oh, and here are my tits!” pic.twitter.com/gb7OvxzRH9

The radio host then tried to back out of her hateful comment with another remark:

@LiberPatriot no, she complains that women are sexualised and then sexualises herself in her own work. Hypocrisy.

Even last year, when Wonder Woman was named the United Nations Honorary Ambassador for the Empowerment of Women and Girls, people complained that she isn’t a fitting role model for young girls as she is too sexual. That was another instance where the lines between being sexy and being sexual were blurred. Ultimately, Wonder Woman had to be fired from the UN.

Feminism is not about looking like a nun, being a celibate, and hating on men. There’s nothing more empowering for a woman than having the freedom to be who she wants to be. No woman has to hide her “tits” while men parade around shirtless with nobody questioning their integrity or their character. A woman’s breasts are neither inappropriate nor sexual. It is this constant condemnation of women that keeps them from wearing plunging necklines and breastfeeding their children in public.

In our March cover story, the newest Disney princess @EmmaWatson opens up about her metamorphosis from child star to leading woman (link in bio). Photographs by Tim Walker.

For Emma Watson to do a photoshoot like this only empowers women to become more comfortable in their skin, setting them free of these societal bounds which trap them in high necklines and long sleeves. Her actions only prove that she is more than capable of being the feminist icon that she is. Like her, I too hope that some day, women would not be judged on their character by their dresses.