Dan Brown’s mystery thriller novel’s eponymous movie adaptation Inferno is all set for its release this Friday in India. Directed by Ron Howard, the film would be a sequel to The Da Vinci Code and Angels & Demons. Hollywood actor Tom Hanks would reprise his role as Robert Langdon in the film that also stars Felicity Jones, Omar Sy, Ben Foster and Bollywood actor Irrfan Khan.

The movie observed its premiere at an opera theatre, the Opera di Firenze in Florence, Italy on October 8. Excited Indian fans rejoiced as the film will be released in theatres a full two weeks before it hits the screens in America.

In an interview with Indian Express, Irrfan Khan, who portrays Harry Sims in the film, said, “I really want to know why this is happening and it is a great thing for India we can watch a film before America watches it.”

“It is true they thought since I was in the cast, they wanted me to be the face of the film in India. I gladly and humbly accepted the honour, and here I am,” the actor added.

Managing Director Sony Pictures Entertainment India Vivek Krishnani says that Hollywood now perceives India as an important market and believes that the early release will draw a larger audience to the theatres.

However, much to the fans’ disappointment, critics have bashed the film and have advised movie-goers to skip it. What a buzz-kill!

“I kept hoping a Wayans brother would pop in and signal it was all one big genre parody, and when you’re fervently wishing for a Wayans, you know you’re in trouble.” reports The Wrap. 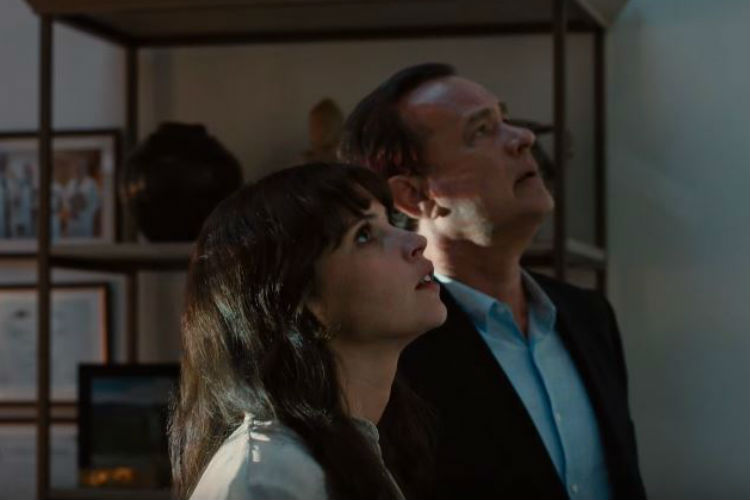 The Guardian too wasn’t impressed with the movie and said, “Purgatorio is maybe closer to it — something bad is happening, not the full Inferno, but it could be the gateway to the Paradiso of this fantastically boring film actually coming to an end. After 121 theologically unfathomable minutes … Once upon a time, this wackiness had some novelty value. Now it’s tedious.”

“‘Nothing changes our behaviour like pain,’ growls Zobrist [the villain] in his opening monologue, and given the difference in global box-office takings between The Da Vinci Code and Angels & Demons — from $US758 million to $US485 million — he may be on to something. Why anyone would want to return today for a third dose of the same is an enigma perhaps best left to the professional symbologists,” says The Telegraph

Inferno will not be competing with other films at the box office on its first day in India so it stands to reason that the film will garner a lot of attention regardless of its bad reviews. Fans have been skeptical about movie adaptations since the last film in the series didn’t meet up with their expectations but if the movie is anything as good as its trailer, it will be an enormous hit among the masses.