Many reasons attributed to the hype that Pakistan based Coke Studio Season 9 carried. It rode on the success of the previous season. The show’s format had changed, including more composers and producers in the house. The lineup was star-studded, with many actors turning singers and vice versa (a phenomenon unique to Pakistan). Even the gruesome murder of the Qawali singer Amjad Sabri shot up the buzz as he had performed his last ever song for Coke Studio. But, the season could live up to the hype only because it featured a wide range of collaborations, covers and originals. Every episode not only saw different producers bring their own tastes to the table, but also innovate on the composition. Coke Studio Season 10, however, proves to be a departure from innovation.

Even though Season 9 was criticised for being too commercial, it presented a platter of songs which had a variety that Coke Studio hadn’t tapped into previously. From having songs in both Pashto and Urdu to combining devotional lyrics with rock, Coke Studio was serving the purpose for which it had been created. Season 10, however, seems to have taken a u-turn. Most of the songs are covers and are devoid of experimentation. With four episodes in, we already have 7 songs which are covers of some other songs. The new season seems to have let go of the originality which songs like Paar Chanaa De and Dilruba Na Razi offered in the previous season.

Even Momina Mustehsan, who after collaborating with Rahat Fateh Ali Khan on a rendition of Afreen Afreen in the last season shot into the limelight and became an instant social media celebrity, too seems incapable of saving the present season. The first episode featured her with Ali Zafar’s younger brother Danyal Zafar in Muntazir – a forgettable song which seemed designed to cash in on the popularity of its lead singers. Momina, who singlehandedly had propelled the entire previous season to new heights of viewership, falls short of creating the same magic this year.

With little originality to show, last year’s stalwarts, Ali Hamza and Jaffer Zaidi, try to wiggle in something fresh with Tinak Dhin and Faasle. Tinak Dhin is a folksy song infused with energetic beats and weaved with peppy lyrics sung by Ali Hamza, Ali Sethi and Waqar Ehsin. The heartbreaking song Faasle (which features Kaavish’s return) had a simple composition, yet Jaffer Zaidi and Quratulain Baloch’s wail of unrequited love became the highlight of the episode.

Incidentally, the face of the new season though seems to be Quratulain Baloch. The Sufi songstress took the spotlight in Season 8 with Sammi Meri Waar featuring Umair Jaswal. Though she couldn’t shine through in Season 9, she delivered a restrained performance in renditions of nostalgia inducing songs – Laung Gawacha and Sab Jag Soye (Chandni Ratein). The present season, however, sees her uncovering new grounds with her thick, melodious voice. Laal Meri Pat saw her sing devotional poetry and immerse herself in a psychedelic rendition of the classic spiritual song. And her latest Coke Studio release, Dekh Tera Kya/Latthay Di Chaadar, saw her take the song’s control from Farhan Saeed –  a feat that didn’t come in easy. And well, the comparisons with Momina were inevitable. 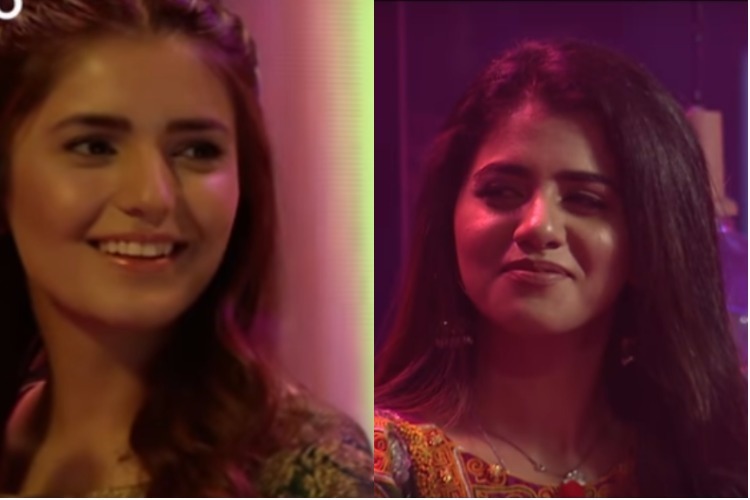 However, Quratulain Baloch alone can’t infuse the present season with the variety it essentially needs. The music directors seem to have either exhausted their share of new compositions or have bulked under the pressure of Coke Studio’s expansive history. Even the viewership of the new season isn’t as huge as that of the previous one. With compositions like those of Shuja Haider’s Allahu Akbar and Ali Zafar’s Julie, Season 10 still shows the promise of creating songs worthy enough to be on the playlist, however, the music directors need to realise that even if they can’t reach the pinnacle of success that the previous season attained, it is essential to go back to the reason why the show was created – to discover new facades of the music of the soil.

It’ll be interesting to see whether the music directors have stored the best for the last.