After winning accolades with her performance in Pink and Runningshaadi.com, Taapsee Pannu is now geared up for her latest release. She will be essaying the role of a secret agent in Shivam Nair’s Naam Shabana. Here’s all you need to know about the spy thriller.

Do you remember the 2015 hit film Baby? The Akshay Kumar starrer revolved around the team of four secret agents who carry out a covert mission to extradite a wanted terrorist from Dubai to India. Besides Akshay, it had Anupam Kher, Taapsee Pannu, and Rana Daggubati as agents. Naam Shabana is the story of Shabana Khan played by Taapsee.

Neeraj Pandey, who is the producer of Naam Shabana and director of Baby, said that he was planning four more spin-offs on all the four characters. Besides Taapsee, this film stars Manoj Bajpayee, Danny Denzongpa and Prithviraj Sukumaran in pivotal roles.

The film entirely belongs to Taapsee as the trailer shows her perform some really kickass action scenes in the film. She underwent a rigorous training schedule to prepare for her role. She trained for Japanese martial art form Aikido and learned Israeli self-defence, Krav Maga. How often you see the stalwarts like Anupam Kher and Manoj Bajpayee stepping back to give the female lead the centre stage? Akshay Kumar does have a cameo appearance in the film and does not disappoint at all. 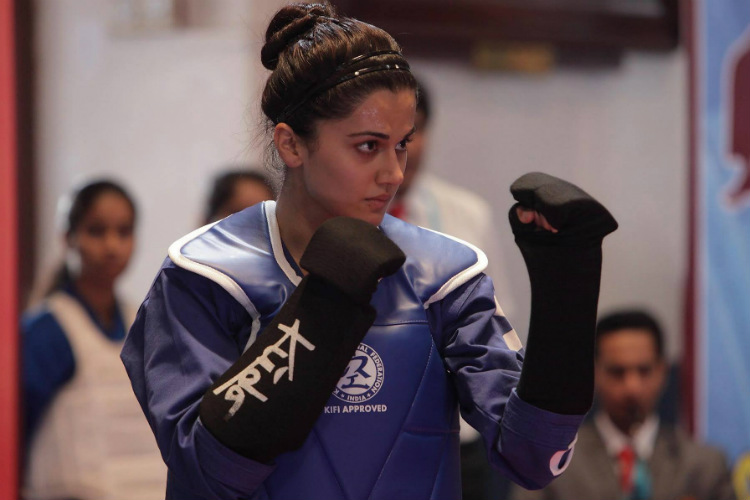 Heard the songs of the film? Naam Shabana’s music has been given by Rochak Kohli, Meet Bros. Rozana is romantic and will make you wish to run to your partner.

Zubi Zubi is a reprised version of the hit song and will force you to put on dancing shoes.

On the other hand, Zinda Hoon Abhi is a motivational song crooned by Sunidhi Chauhan which is inspiring.

What are we even discussing here? Akshay Kumar is a Box Office genius and ‘Wo Aaya Hai Toh Kuch Leke Hi Jaayega’. Naam Shabana can earn Rs 5-7 crore at Box Office and lifetime collections would be 45-55 crore. Do you know how much Baby earned? Rs 90 crore. But Naam Shabana would not come close to that. And that, we think, is okay since it was made on a budget of Rs 20 crore.