Canadian singer-songwriter Bryan Adams has found a way to make the Delhi smog sound ‘exotic’. He used the word ‘magical’ for it. Adams, who was in New Delhi on Sunday, put up a post on Instagram from his concert. He shared an image of the crowd, which also inadvertently captured his shadow that was cast into the polluted air above the crowd.

Of course, Adams, who is on his 19th concert tour named the Ultimate Tour, tried to be as politically correct as possible. His caption said, “In this photo, if you look carefully you can see my shadow silhouetted on the dust and smoke of the venue over the audience. I’ve never seen that before. Magical India. Namaste.” 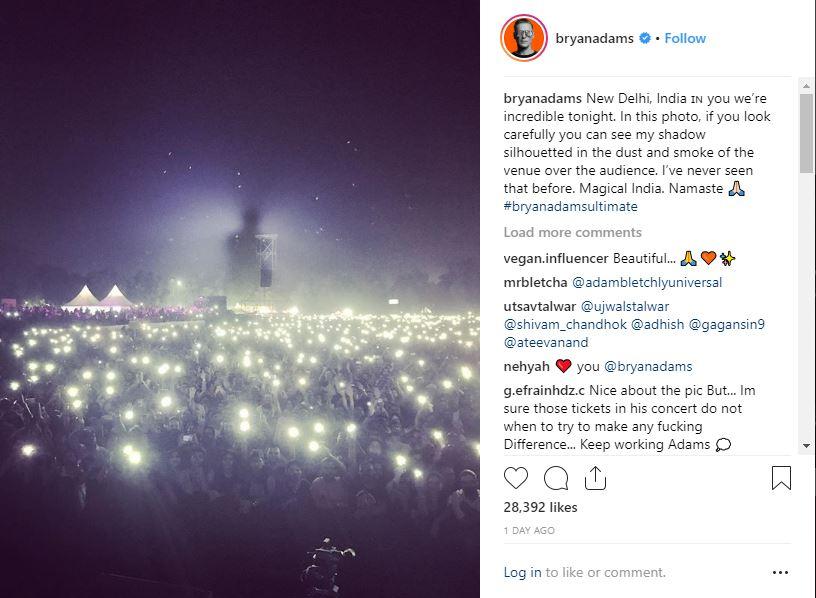 Although Adams chose to mince his words, his fans were not as amused as him. 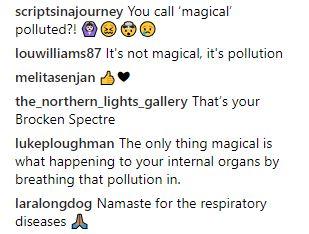 It doesn’t take a rocket scientist to identify the smoke and dust clearly visible in the picture. There is still some time before winter sets in but the air quality in the national capital region has already started declining. During this time, pollution levels intensify due to the burning of paddy stubble by farmers in Punjab and Haryana over the next few weeks.

The Air Quality Index (AQI) for Delhi was 246 (poor) on Monday. However, the situation is more likely to be better than last year since Diwali celebrations don’t coincide with the stubble burning.

“We can plan better if we have advance information on air quality. Last year, we were caught surprised when a dust storm from Gulf countries led to spike in pollution levels. This year, at least we would be able to forewarn people and take proactive measures,” environment minister Harsh Vardhan told Livemint.

An early warning system has also been launched to monitor the air quality and warn the public about impending pollution at least three days in advance, The Telegraph reported.