Swara Bhaskar is not known as someone who keeps shut on things that make it to the national debate. Now the actress has waded into the ongoing controversy in which Dangal actress Zaira Wasim was trolled. In a strong worded Facebook post, Swara slammed everyone who trolled the young girl after she met Jammu and Kashmir Chief Minister Mehbooba Mufti. She asked relevant questions to all who said ill things about Zaira.

The Nil Battey Sannata actress asked if the ones trolling Zaira were indeed tolerant, as they claimed to be. She said it was absolutely shameful that a young girl had to be at the receiving end of such hate and bigotry. That was not all. Swara had some hard-hitting questions for the people of Kashmir as well. She asked: Were the people in Kashmir so scared of the pall bearers of separatism that they couldn’t voice their opinion? 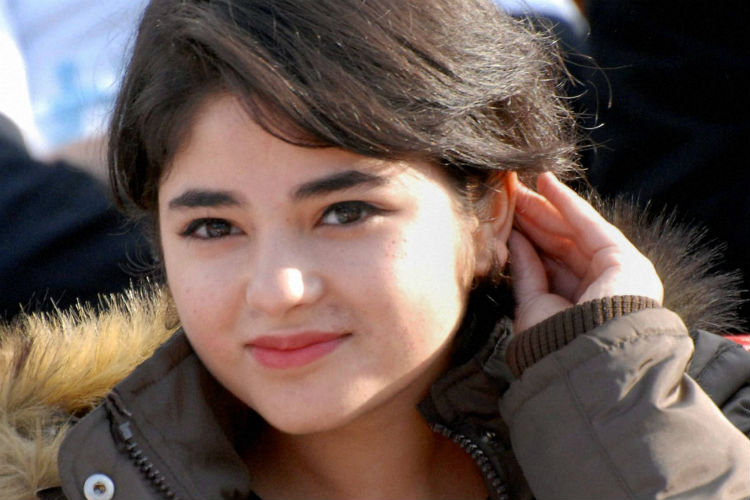 This is not the first time that Swara has spoken on an issue that has been vividly discussed by media. When JNU student Umar Khalid got on the wrong side after anti-national slogans were allegedly raised at one of the events of the university, Swara had penned an open letter to him. In the sarcastic letter, Swara hinted Umar was paying the price of his name and he should have been cautioned.

Also read: Be it Zaira Wasim or Shah Faesal, achievers from Kashmir are walking on a double edged sword

Keeping up with the same tradition of voicing her opinions when it is right, Swara write this on Facebook:

Just caught up with #ZairaWasim being trolled story.. Absolutely shameful and unacceptable that a child should face such hate, bigotry and narrow mindedness. Her apology made for a sad sad and chilling read. You are NOT a disgrace Zaira and you do not need to apologise to faceless losers. They are cowards. You ARE a role model; not only for young Kashmiri girls but young girls everywhere. Be proud!

#ZairaWasim trolling and apologising story made me think.. The apology was sad, shameful and scary though perhaps totally understandable.. We shouldn’t expect a 16yr old child to be inured to online hate and abuse. Of course she was scared and apologised.. The more damning question the incident raises is about the separatist sentiment in #Kashmir. Do people in Kashmir feel this scared of going against the dominant opinion??? I find it hard to trust a sentiment supposedly for freedom and azadi that seems to be so fundamentally undemocratic, bigoted and incapable of respecting the freedom of choice of anyone except themselves. Oh, and may i add- anti-women.
You are as intolerant as those you claim to fight against. What kind of a society will you build if you are ‘free’ as per your idea? Let me guess- Islamist, undemocratic and unequal toward women.

It must be given to Swara that with one post, she laid open the hypocrisy of the ones supporting the separatist sentiments. These are the same people who have been shouting loud and clear about how intolerant India has become but then, they couldn’t digest a young girl meeting her CM.