The biggest problem with Nitesh Tiwari’s Chhichhore is that when it’s time to build on the film’s smart one-line thought, it looks at other films instead of coming up with its own answers. As he proved with Dangal, Tiwari is more than capable of handling a good story. But the writing of Chhichhore doesn’t seem to be looking inwards enough, to come up with its own language. It relies on the time-tested tropes, lines and even (stock) characters to deliver on the ‘entertainment’. For all the collective smarts that film’s writers deliver in their one-liners, the Doctor’s character is made to say – aap haunsla rakhiye, sab theek ho jaayega.

Telling the story of a reunion of college friends in a hospital’s waiting room because a trying circumstance, Tiwari’s film doffs its hat to the defining Hindi film on friendship – Dil Chahta Hai. Where Farhan Akhtar’s film was suave and poised like its director, Tiwari’s film, apparently a retelling of his IIT Bombay days, is (in a good way) less polished. As anyone who has lived in a boy’s hostel will attest to, there’s an air of shamelessness that Tiwari captures in a more authentic manner than Rajkumar Hirani in 3 Idiots. The midnight water fights, the night-outs before an exam featuring more than a few chai/coffee/cigarette breaks, the many ‘types’ of characters one meets – the studious one, the alcoholic, the one with the filthy mouth, the sex-addict. 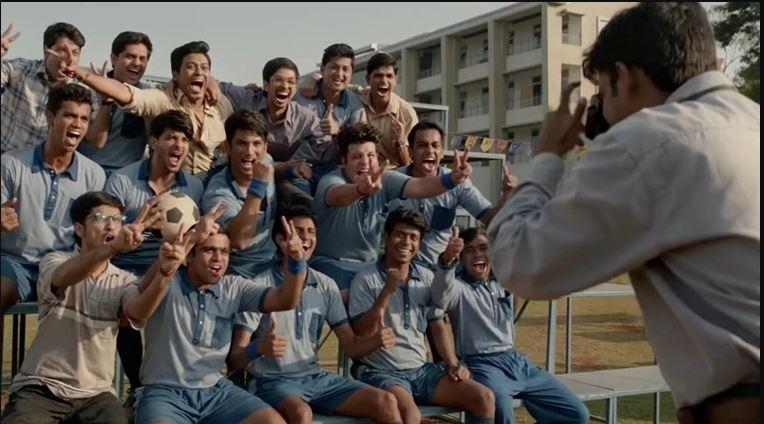 In a world where most of the 90’s nostalgia seems to have been commodified with platforms milking ‘relatable content’, Tiwari reverses time simply by placing the odd Gold Spot (soft-drink) in a scene and some sepia-tinted visuals. The writers don’t seem brave enough to venture into mining authentic memories, as much as writing a string of anecdotes to contrive laughs. Most characters in the group – Acid (Navin Polishetty), Bewda (Saharsh Kumar Shukla), Mummy (Tushar Pandey) aren’t explored beyond their ability to get a laugh out of the audience.

Chhichhore could also be one of the most schizophrenic films of the year, given how effortless it feels during the most inane conversations on campus. And how it all changes into something more dense, during the hospital scenes. It’s almost like they’re two different films. 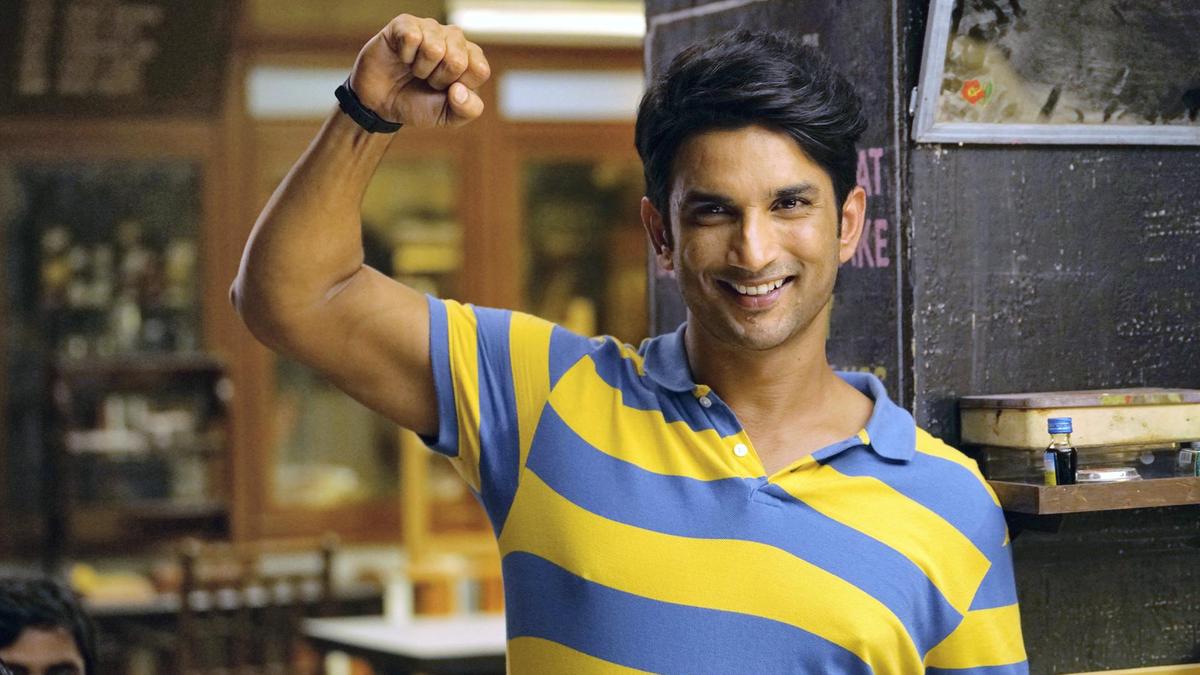 Here Sushant Singh Rajput delivers an embarrassing scene in his bald-cap, while talking to his gravely injured son inside a hospital. And about 20 mins later we see the same actor deliver a charming scene in a flashback. As a young Sushant tries to talk to Shraddha Kapoor for the first time, he channels the ’90s SRK, complete with the stutter and nervous energy.

The present-day portions are plain embarrassing. The make-up doesn’t work, and the portions inside the ER feature some strange acting by a cast of promising actors. Where the dialogue is free-flowing in the college portions, the hospital sequences is centred around a doctor who is just one step away from saying – Inhe dawaa ki nahi, duaa ki zarurat hai. 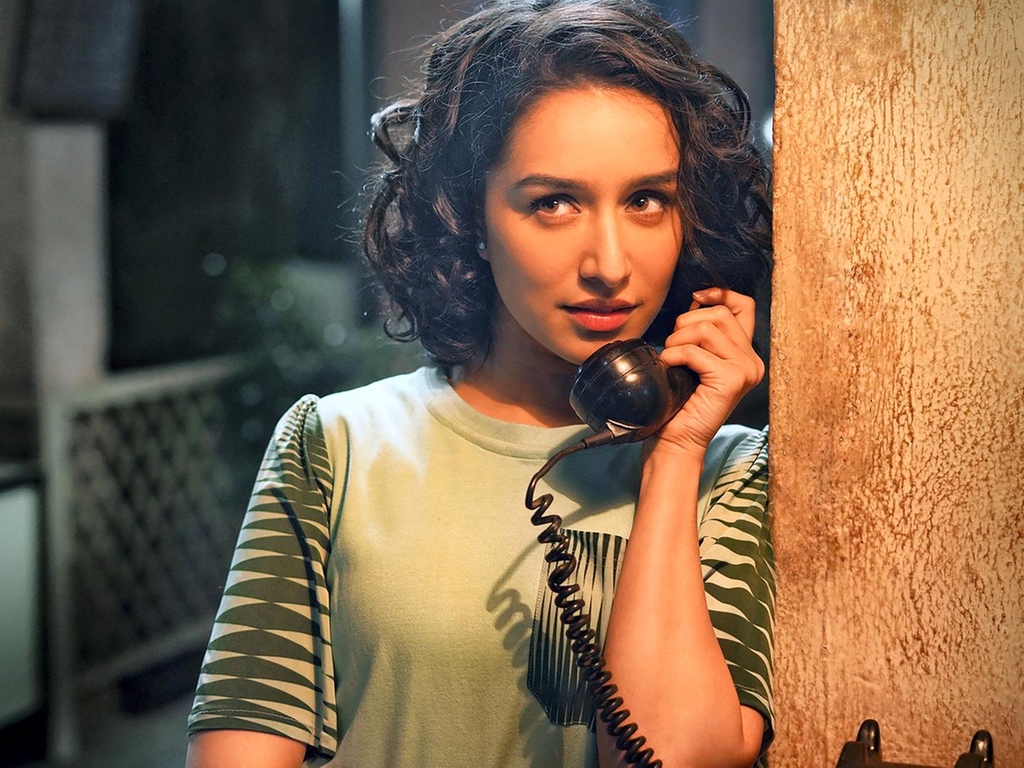 Shraddha Kapoor is (yet again) an observer, rather than a participant in the film. Maya, her character, never really rises above being the love-interest, who is either a ‘distraction’ or an ‘ally’. We never get a sense of why someone like Kapoor was drawn to the character, and what she brought to it, a phenomenon with most of her recent films. It’s time someone spoke to her about it.

The second half of Chhichhore goes down the whole Jo-Jeeta-Wohi-Sikander template. There’s a sports competition to be won GC (General Championship) – where the underdog hostel (read: Model) will go up against the arrogant champion hostel (read: Rajput). Pratiek Babbar is this film’s Deepak Tijori. Does the director of Dangal really need to hear the praise of blocking the sports scenes well? Especially, when it’s in comparison to Kuch Kuch Hota Hai, Koi Mil Gaya for basketball and Student Of The Year for athletics? The final events are surely rousing, and there’s a Bhaag Milkha Bhaag moment on the relay track.

Nitesh Tiwari’s Chhichhore is not a film that doesn’t try, but the film’s greed for laughs and sentimentality get in the way of the ‘message’. So comfortable is the film in its past portions, that the present-day predicament begins to feel like an after-thought. Chhichhore is an equivalent to the 90s pop-song Purani Jeans – absolutely mediocre art, but one that got elevated to anthem status purely because of the nostalgia it represents. If that’s the population Nitesh Tiwari was trying to cater to, who cry about the good ol’ days by the time they get to their second drink, then Tiwari should consider himself successful.