It seems like sensational headlines have become the new trend in the market to grab eyeballs. And following the footsteps of its parent company, a sister concern which is also a leading newspaper has come out with its bizarre headline. Recently, when the whole B-Town was busy celebrating their favourite fashion designer Manish Malhotra’s 50th birthday bash, the tabloid labelled it as 50 Shades Of Gay and became the talk of the town.

The front page of Mumbai Mirror’s 7 December edition was filled with pictures from the grand party and apart from that really trashy headline the sub-line read: Gaity, fun, high spirits and haute fashion 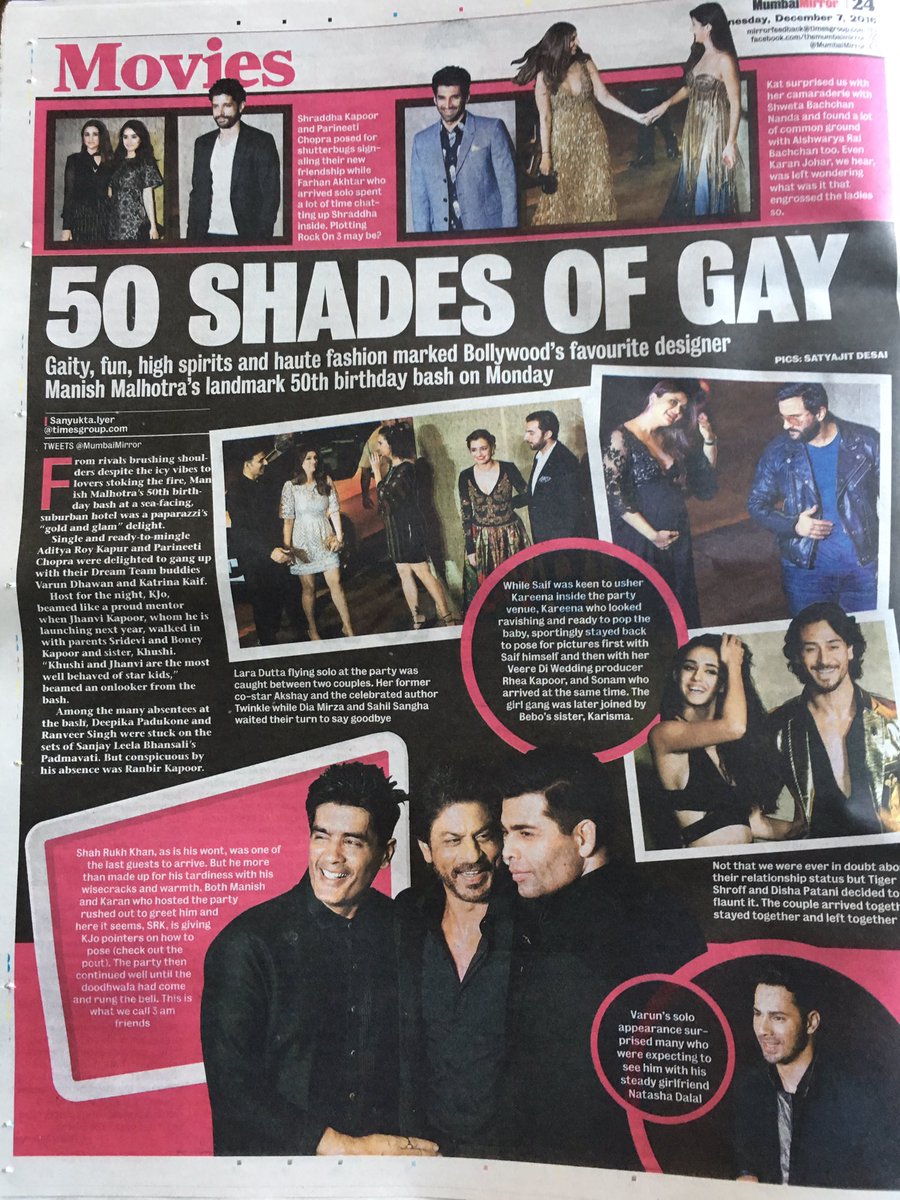 The party was hosted by Manish’s BFF Karan Johar and it was attended by all the bigwigs from the industry, like Kareena Kapoor Khan, Alia Bhatt, Shah Rukh Khan, Varun Dhawan, and Katrina Kaif. It was totally a star-studded night, but the headline with the word Gay didn’t go down very well with our celebs and the Twitterati. After which the tabloid was completely thrashed by people on the social media and was made fun of.

Also, this is not the first time when the tabloid has made such a mistake. They also did the same with Megastar Amitabh Bachchan saying that he refused to click a picture with his fan. After which Big B took to Twitter and wrote:

T 2358 – @MumbaiMirror avoided selfie with fan? ..WRONG ! proof I did not .. i wanted to get out of my shoot costume pic.twitter.com/TfvpqxoGk4

And the tabloid literally went a step ahead this time and wrote a disgraceful headline for the Manish Malhotra birthday bash. Here’s how the Twitterati reacted to it:

This is so not in good taste! Terrible headline… pic.twitter.com/xdewqJ8ZTS

@rahulnanda86 Yeah man. But it’s tacky. No one uses Gay as happy nowadays! That was in the 1950s @NeilSanghavi