It’s only been a few months since Sriram Raghavan’s Andhadhun released and took the Hindi film world by storm. About a pianist pretending to be blind, the film starring Ayushmann Khurrana & Tabu wowed its way to unanimous acclaim, becoming Raghavan’s first legitimate blockbuster. But this is a success story that has been in the making for nearly three decades if you look at Raghavan’s 1987 film, The Eight Column Affair. A black-and-white short film made by Raghavan during his days at FTII, the film has a very interesting plot.

The picture of a marathon-winner (Robi) on the front page of a newspaper falls in love with the picture of tennis player (Shireen) on page 8. But it’s a long way from the front page to the last page, and the boy has time only till midnight, before the next edition goes to press. At one point, Robi’s head pops out of a newspaper, only for him to realise that he’s only reached a foiled bank robbery. Sprinting his way across war zones, matrimonial ads, a film review and a crossword, Robi runs against time to find Shireen to tell her how he feels. 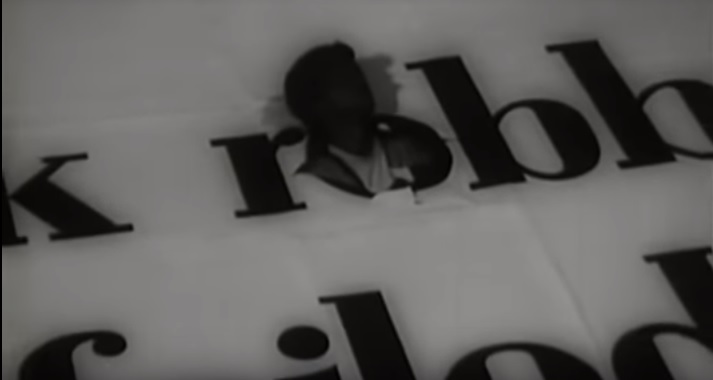 Spiking his visuals with an intriguing mix of foley sounds and background score, even as a film student Raghavan’s talent is pretty apparent. Not letting the central premise to turn into a gimmick, Raghavan’s film becomes a mirror for society at the time. As Robi runs through the matrimonial section, he’s greeted by both men and women, who enunciate their adverts like ‘dowry no bar’, ‘age no bar’ and ‘caste no bar’. While the others tell him about how they’re seeking a Hindu girl, or a ‘Marathi, Brahmin groom’. In an unexpectedly chilling scene, he even walks into a dowry-related accident.

This surreal setting is admittedly Raghavan’s tribute to Jean Luc Godard and the masters of French New Wave. But more recently, it is reminiscent of films like Charlie Kaufman’s Eternal Sunshine Of The Spotless Mind, where the protagonist is running around his own subconscious, trying to preserve his memories of his ex-girlfriend. It might also remind some of 2010’s Inception, where some characters live in their dreams (quite literally).

The film features many familiar faces and names, that went on to become big in Bollywood. Robi is played by a young Shiv Subramaniam, who has appeared in films like 2 States and Kaminey. The spectacular sound design is by Biswadeep Chatterjee (Uri, October, Padmaavat). The film also stars Nana Patekar as an actor in the ‘film review’ section. It’s been edited by Rajkumar Hirani.

Sriram Raghavan may have become a mainstream ‘hit’ filmmaker today, after a career spanning close to two decades. But his FTII films like this one, and his Diploma film around serial killer, Raman Raghav, prove that he’s always had an interesting point-of-view. Now, with his latest film closing in on the 350-crore milestone, it’s reassuring that such individualistic voices are being heard and appreciated on such a massive scale.

You can watch the rare film here: