What do you do when your first release, something you’ve waited nearly a decade for, doesn’t do much to move the needle? If you are Vasan Bala, you move on. His directorial debut, Mard Ko Dard Nahi Hota, didn’t impress the exhibitors (like INOX),  who refused to budge beyond a select number of shows. But while addressing the issue, Bala surprisingly bats for the ‘other side’.

“We need to stop living in ivory towers. The biggest problem with ‘intellectual discourse’ today, is that it begins by looking down upon the distributor’s business model. A distributor/exhibitor’s only truth is the current scenario. It is a filmmaker’s duty to challenge the current scenario, and it will always be a trial and error process. Tomorrow, if a film set in my backyard becomes a 100-crore hit, that will become the new truth for them. And it will be my responsibility as a filmmaker to challenge that too. We will always be at loggerheads, that doesn’t necessarily mean we have to disrespect their point-of-view,” says Bala during a telephone interview with InUth.

You may or may not have liked his film, but it’s hard not to admire his clarity of vision. 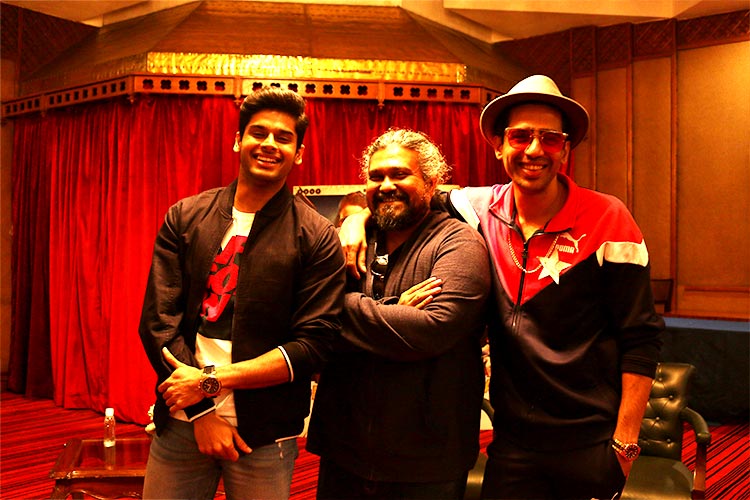 Bala’s Mard Ko Dard Nahi Hota opened to near-unanimous positive reviews, but that didn’t translate into a decent box office haul. In fact, the director even reveals that the opening weekend box office figures for his debut feature (a reported figure of Rs 1.9 crore) is exactly the same as Vikramaditya Motwane’s Bhavesh Joshi Superhero, another debacle from last year. Mard is a tribute to the films from the director’s growing-up years. Especially the Hong Kong films from the 1980s like Police Story, the Drunken Master series and Armour Of God  to name a few. Unfortunately, his brand of quirkiness didn’t find takers among the commercial cine-goers. That does not dim his enthusiasm for cinema at all, it seems.

Talking about taking ‘inspiration’ from Jackie Chan’s shin-kicking stunt in Who Am I, Vasan Bala shares his mantra for shooting action with a wide angle: “It’s impossible to recreate a fight sequence from a Jackie Chan film. We can only take inspiration and interpret it within our own limited budget. We had to keep the soul of the process in tact, and we didn’t want to cheat the audience with a shaky camera and cut to close-ups during integral moments in the fight. I find that style of action extremely lazy. It doesn’t showcase the real prowess of the fighter.”

He goes on to recount how the making of The Dark Knight might actually be better than the actual film. “The performances are obviously more frantic on camera, but with the making-of guy rolling on a (Canon) 5D, you really understand the physicality of the performances. Sometimes the camera is so close, that it doesn’t quite capture (an actor’s) skill” – Bala says.

It might be early to call, but one can safely say that Gulshan Devaiah’s turn as both Karate Mani & Jimmy, will be some of the finest acting you’ll see in a Hindi film this year. Coupled with that is one of the most inventive song-tributes to the iconic playback singer, S.P Balasubramaniam (SPB). “I was clear that I wanted one song by SBP sir, and we tried our best to reach out to him. But he was extremely busy. One day Karan (Kulkarni) came up with the idea to record a scratch with Suresh Triveni (director of Tumhari Sulu). Because I’ve worked with him, I knew that he was one of the biggest SPB fans out there. So we recorded the scratch, and when I heard it I told them that I didn’t want to go anywhere else. This was it.” 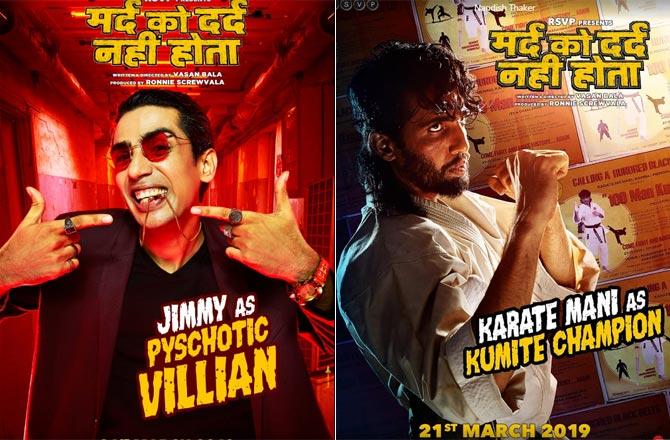 After his first film Peddlers (2011) didn’t find a theatrical release, Bala took only a year to move on. Working on another idea for nearly 2-3 years that didn’t come fruition, Bala was also a part of one of the most publicised cautionary tales for Bollywood producers, Bombay Velvet. Did Mard Ko Dard Nahi Hota‘s fearlessness come from a place where Bala had nothing to lose? “That’s only partly true, you know? It wasn’t just rebellion or trying to be disruptive. After a point I was genuinely in love with Surya and his world. More than the aggressive I-Will-Show-It-To-You place, I think the film came from my love for that era. I think genuine love, even if your film is anti something, reflects and even anchors your film,” Vasan Bala says.

Asked about the criticism faced by his film for being too derivative, Vasan Bala pragmatically responds – “I’m obviously very myopic about my film right now, so maybe in 2-3 years I will get it.” Even while evaluating his film’s less-than-stellar showing at the box office, Bala refuses to give in – “the easiest thing to do is wake up and blame the system. But that doesn’t make me a revolutionary, only a whiner. If I can make another film, it means that the system has accepted me, only if in some small way. The hope is that it eventually embraces you with open arms. Even if my film doesn’t work that much today, it is still paving the path for the future. Also, the film had its own journey – going to TIFF (Toronto International Film Festival), playing alongside Shane Black & Gaspar Noe. The theatrical release of the film isn’t the end of journey, we’ve only just begun…”