Pictures of Shah Rukh Khan and Salman Khan from the sets of Tubelight are all over the internet and after looking at them anyone can say that the Khans are working together in the film. Previously, there were rumours that Shah Rukh will do a cameo in the film and the recent pictures confirm the same.

Shah Rukh will also be seen promoting his upcoming film Raees on Salman Khan’s Bigg Boss 10 and their fans have gone crazy after listening to the news. The last time we saw the duo on Bigg Boss was when Shah Rukh-Kajol came to promote their film Dilwale and it was one of the most entertaining episodes.

Tubelight was in news from the moment of its announcement and it is being said that Salman was reportedly not very happy with the film and decided to rope in SRK.

In an interview with HT, Shah Rukh Khan talked at length about his relationship with Salman and his cameo in the film. He said:

Salman and I were planning to do something together on the business front. But then he sent me a message saying, ‘Nahin karte hain yaar. Phir se log kahenge ki hamara jhagda ho gaya.’ (Let’s not do this. People will say we started fighting again.) Some relationships are personal. I should tell you a secret — stars know everything. We had our issues, but they were not at all like what was written. The third party never understands what happens in a relationship. There was a time when Salman and I were waiting to be friends again just to stop it [the rumours], because it was so stupid; we felt silly after a point. We are grown up, mature people and we’re not crazy. I find it odd when people say, ‘friends turn foes’. When I moved to Mumbai, his family was wonderful to me. We were never foes. Salman and I are very different people. We still don’t agree on a lot of things. But I will always respectfully agree to anything that he says. 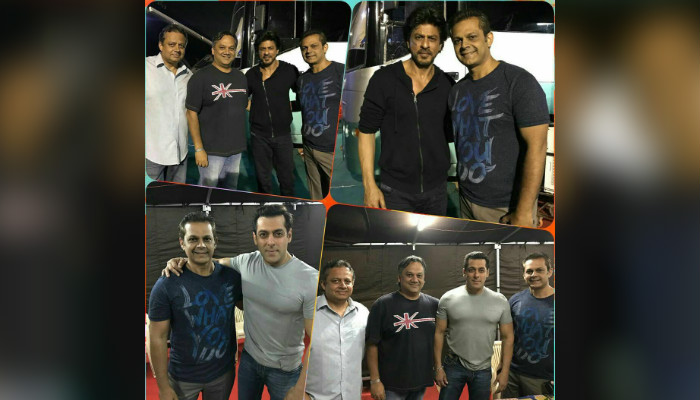 Shah Rukh Khan, Salman Khan on the sets of Tubelight

But in his whole statement, SRK completely dodged the question about doing a cameo in the film. We really don’t understand why is the actor not confirming the news, despite pictures from the sets of the film going viral on the internet. What is he trying to hide? 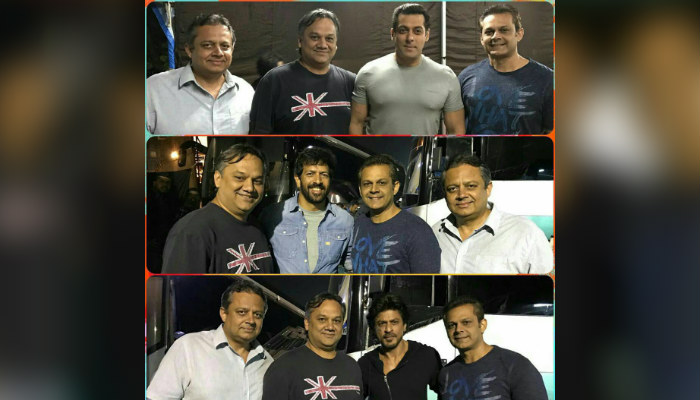 Shah Rukh Khan, Salman Khan on the sets of Tubelight

Also, COO of Salman Khan Films Amar Butala confirmed the news of SRK being a part of Tubelight on his Twitter account on Monday and wrote:

When u have 2 of india’s biggest superstars on set its MAGIC!Thank u @iamsrk fr making #Tubelight even more special! @BeingSalmanKhan #skf

Directed by Kabir Khan, Tubelight is set against the backdrop of Indo-Sino war and features Chinese actress Zhu Zhu opposite of Salman Khan. The movie is slated for release on Eid this year.