About a year ago, a very sincere-sounding Karan Johar complimented Aamir Khan for ‘setting the ball rolling’ on the #MeToo allegations in Bollywood, to which the actor smugly responded with ‘I did’. Because Tanushree Dutta and scores of other women didn’t make the cut for that honour. Aamir did. Fair enough. We swallowed that.

And now, Khan has announced that he will be resuming work on Mogul, a movie he had opted out of, because of sexual misconduct allegations against its director Subhash Kapoor. The Jolly LLB director had been accused of molesting actor Geetika Tyagi, something Aamir Khan expressed zero tolerance for in a statement put out by him on October 10, last year. “We believe this is an opportunity for the film industry to introspect and take concrete steps towards change” – the statement read while being co-signed by Aamir Khan and Kiran Rao.

In an interview with Hindustan Times, Aamir Khan has done a sensational u-turn by describing how he lost sleep over how Subhash Kapoor had lost his livelihood because of his decision. “We heard that whatever steps he was taking to put together a film didn’t go through, because nobody wanted to work with him. That really troubled us because we felt that our action had inadvertently cost a person — who is yet to be tried in a court of law — to lose his livelihood. And for how long? Is it for one year? Or ten years? We don’t know. What if he is innocent. We were very troubled” – Khan was quoted in the interview. After which Khan claims that he tried to find things out for himself by interviewing 10-12 of Subhash Kapoor’s female colleagues, all of whom reportedly attested to the fact that he had never misbehaved with them. 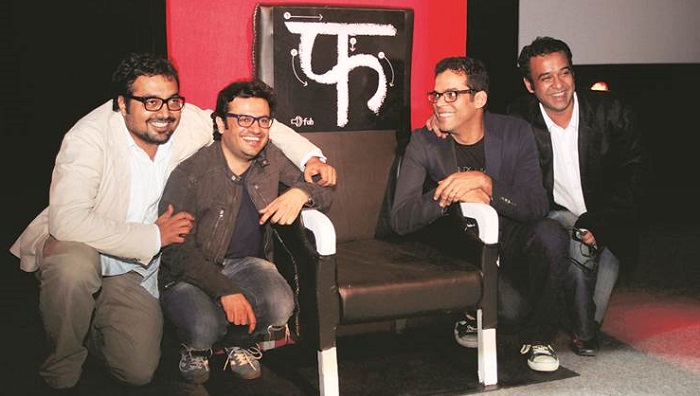 This maybe surprising for some, but here is a cold, solid fact.  Most of #MeToo accused names in Bollywod have been (more or less) reinstated in their positions of power. A Huffington Post piece had investigated how director Vikas Bahl was tried before a hastily put-together ICC committee, purely so as to rehabilitate his image before the release of Hrithik Roshan-starrer, Super 30. A sessions court granted anticipatory bail to actor Alok Nath, after rape allegations levelled  by writer/producer Vinta Nanda were considered too dated. Khan’s stance on the issue was important considering his clout in the industry. All the good intentions that were on display when the #MeToo storm hit Bollywood last year, seem somewhat hollow now.

A rudimentary search on the Internet shows a video uploaded by Subhash Kapoor’s alleged victim, Geetika Tyagi, where the director can be seen profusely apologising for his actions. During the 31-minute video, Kapoor can be heard saying “…that incident has crossed my mind for the past one and a half years, and that I haven’t been a part of anything remotely like this. I regret causing hurt to her (Tyagi)…” shortly after which Tyagi slaps Kapoor. It needs to be noted that the video was filmed with a hidden camera, and that Kapoor has denied all molestation charges on the record. The matter is still subjudice, and might even remain inconclusive for a long time (cc: Indian judiciary!)

If Aamir Khan’s struggle with the truth was really as sincere as he would like us to believe, then it remains a mystery as to how he could give the benefit of doubt to Kapoor after a video like that. Instead, his reason that the alleged incident took place more than ‘five years ago’ and wasn’t ‘workplace harassment’ (per se), sounds like he is trying to do something most apologists do. Hide behind technicalities.

Aamir Khan only seems to be reconfirming a Bollywood tradition, that has been around for much longer than the man’s career itself. All the lip-service activism disappears as soon as it comes to business. It doesn’t matter what one really believes. If the revenue streams can be positively impacted by one man, he can be brought back from the dead, his indiscretions can be ignored. And coming off his first flop in two decades (Thugs Of Hindostan), looks like Aamir Khan has made his choice. To be fair it’s not just Khan’s fault, it’s a significantly bigger problem of the Hindi film culture that has ALWAYS chosen money over values.