At the age of 23 when we are busy figuring what to do in future, Bhagat Singh laid down his life for the sake of our motherland. This happened exactly 86 years ago when he along with Sukhdev and Rajguru faced the gallows. Sadly, we have not been able to follow the principles which he believed. In Bollywood, Bhagat Singh has been immortalised by several actors. Right from Manoj Kumar essaying the freedom fighter in Shaheed to Sidharth playing him in Rakeysh Omprakash Mehra’s Rang De Basanti, the list is endless. Even the male protagonists over the years have been modelled on Bhagat Singh’s personality as young and rebellious. Bobby Deol also tried hands in donning the character in a film. Whether he justified the role or not, it is up to the viewers to decide. But one actor who stood out with his performance is Ajay Devgn, who essayed the character in Rajkumar Santoshi’s The Legend of Bhagat Singh.

Comparisons have often been drawn between Manoj Kumar and Devgn as to who did the role better. The former, known for playing patriotic roles in his career with films like Purab Aur Paschim and Upkar is fondly remembered by our elders. Ajay Devgn who can fit into any character as the script demands, did a stellar job in his on-screen avatar of a freedom fighter.

The troika of Rajkumar Santoshi, Piyush Mishra (writer) and Ajay Devgn did magic at the box office. It had an ensemble cast comprising Sushant Singh, D Santosh, Akhilendra Mishra, Raj Babbar, Mukesh Tiwari, Farida Jalal and Amrita Rao. And not to forget, The Kapil Sharma Show fame comedian Sunil Grover also played a role in the film as well.

There are several moments in the film wherein you will do nothing but sit back and applaud Devgn for his acting prowess. One such scene is a speech wherein Bhagat Singh asserts that the aim is not freeing the country from the British, but to build an India wherein poor are benefactors and power is not concentrated in the hands of few wealthy people.

Another famous scene is when Bhagat Singh along with Sukhdev and Rajguru are being hanged. Devgn’s dialogue delivery and mannerisms will leave you teary-eyed. Plus, the Mera Rang De Basanti Chola song was picturised in such a beautiful way that you will be forced to watch it online on a loop.

Meanwhile, have a look at some of the powerful dialogues by Ajay Devgn in the film. 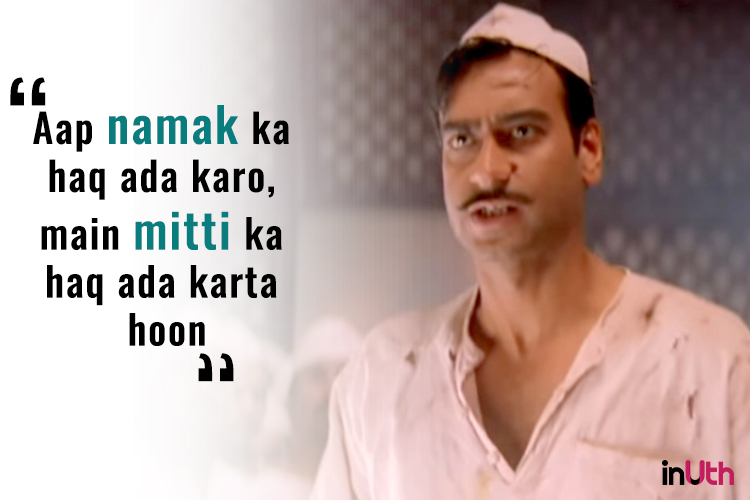 Here, Ajay sends out a stern message to the British. 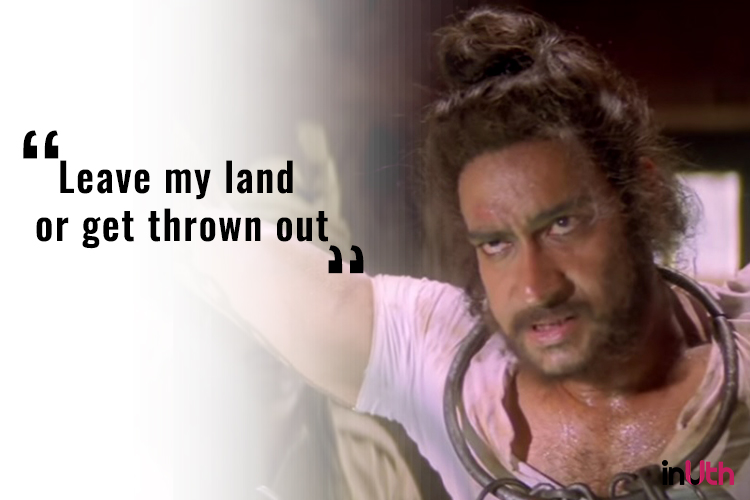 While in jail, Bhagat Singh makes a valid point which is indeed inspirational. 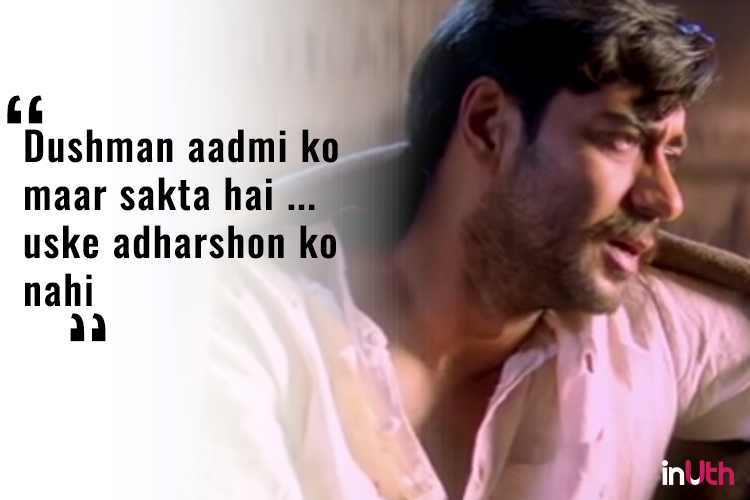 Lastly, Bhagat Singh did not believe in god and the dialogue sums up his stand. 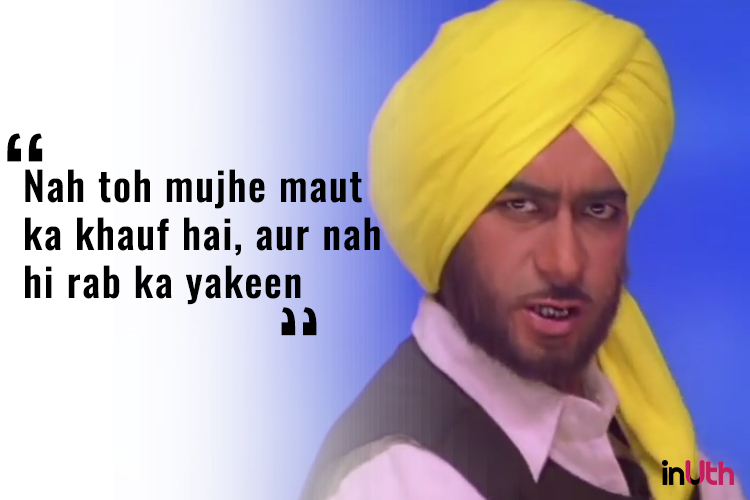