It’s foolish to begrudge a film’s success. But now that Uri has been declared a ‘hit’, it’s worth exploring what the film gets right and wrong. In the case of a film that is being widely seen, is it not important to engage with what it is trying to ‘preach’?

Aditya Dhar’s film is cleverly shot and edited, and wholly milks the idea of desh prem (patriotism), but of the most hyper kind. We’re manipulated into getting emotional whenever Vicky Kaushal’s character clenches his teeth or sheds a tear. By now, the filmmakers hope that the audience is so moved by their ‘tribute’ for our armed forces, that they’ll fail to look beyond. And going by the numbers, that’s exactly what seems to be happening. That’s what makes Uri a more dangerous film than The Accidental Prime Minister. 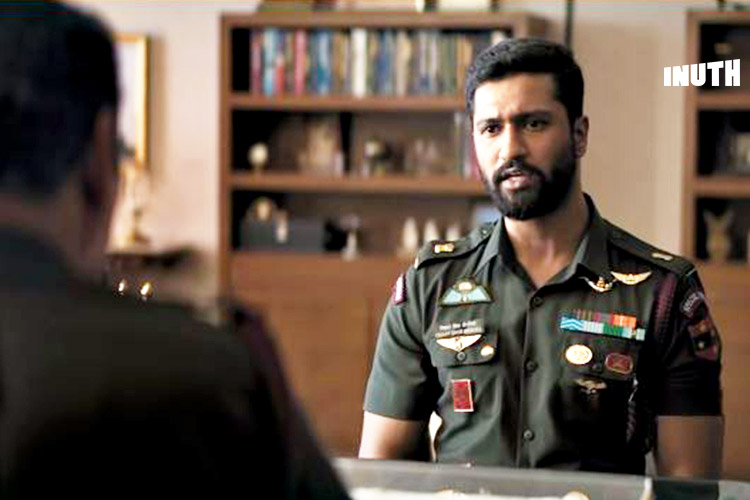 The Accidental Prime Minister is so shoddily made, it will be difficult for the audience — however they might be politically aligned — to take it seriously. Aditya Dhar’s film lies on the other side of the spectrum. Where it not only manages to make militancy personal, has lookalikes of the ruling party, and brags about ‘surgical strikes’. Paresh Rawal’s character tries to sells us the idea that attacking the neighbours, surgical strikes, or war are all ‘brave’ offensive measures, something only “new India” can accomplish.

Dialogues like these inter-cut with a lookalike of the current Prime Minister spouting lines like “desh bhi toh maa hai“. It’s hard to not dismiss the film for its dishonesty. What else will you call this effort to show politicians in ‘good light’, if not propaganda?

In the hoopla around the film, the validation it received from the ruling party, its politicians and actors openly aligned with right-wing ideology, the director forgot to pay tribute to the valour of the martyrs. What Dhar has accomplished with Uri, is propelling the current establishment’s rhetoric about the brave men and women ‘standing guard for us in Siachen’. Dhar’s film only treats the armed forces as a punch line, instead of trying to investigate their Pakistan-phobia.

Uri‘s box office success is an alarm for the Indian audience, who couldn’t be bothered about having a discourse around a film. Probably, because ‘it’s just a film yaar’.

Lest we forget, these were exactly the kind of films that mushroomed during the late 1930s and early 1940s, during the Second World War. Both American and British films were a call to arms for the general public, effectively a tool in the hands of the respective governments to enlist young soldiers. Hitler’s Nazi regime also trusted the likes of Leni Riefenstahl to brainwash millions of German nationals about how they lived in the greatest nation ever. We all know how that ended. 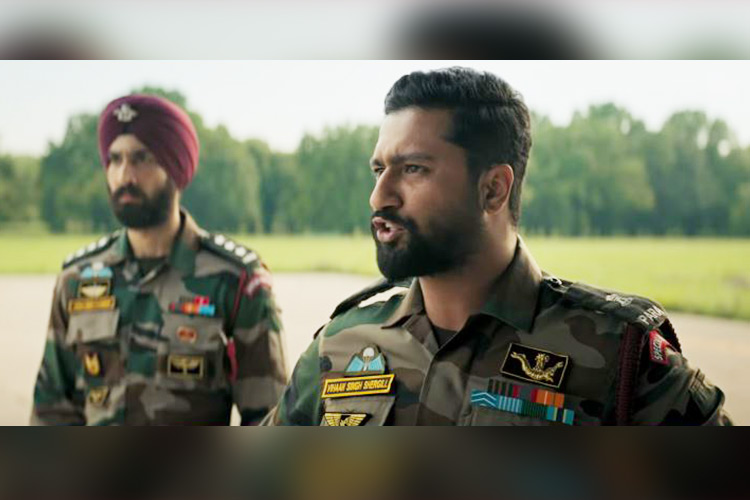 It’s easy to believe tales of the ruling party’s jaw-dropping bravery, when it comes in the form of a film gift-wrapped with Vicky Kaushal’s face on it. The point being that cinema is the easiest way for a government to disseminate a perception in the general public, and sell it as ‘truth’. It has happened before. Does the ever frequent ‘meetings’ between the honourable Prime Minister and members of the Bollywood  fraternity worry nobody?

It’s time we reject any argument that asks us to ‘leave our politics’ outside the cinema. In spite of all the craft on display – a well made propaganda film is still… a propaganda film. The film partakes in a bigger lie being repeated, till it becomes the only truth we remember.