Veteran actor Tom Hanks recently said something fascinating about the art of film-making. Taking part in a podcast for The Hollywood Reporter, Hanks said – “… for all its subjectivity, film-making is actually a very binary process. It’s either working or it isn’t. Any film professional will know it in their gut, when the film is and isn’t working.” Bollywood actor Taapsee Pannu has spent the last couple of days passionately defending the casting of her upcoming film, Saand Ki Aankh. The casting of both Pannu and Bhumi Pednekar as 60-year-old ‘shooter daadis‘ has been a contentious issue since the film was announced. What Pannu doesn’t seem to understand is that the issue has only been highlighted because no one really seems to be buying into their characters.

In spite of both Pannu and Pednekar being solid actors in their own right, they don’t seem believable in their respective roles. Is it the make-up or the body-language? The lingo perhaps, which seems to have a bad hangover of recent Hindi films set in the hinterland? Something (and it’s difficult to put a finger on it) seems amiss about the trailer. Pannu isn’t wrong about wanting to satiate her hunger as an actor to play a role farthest from her personality, but it requires more than just grey hair and fake wrinkles. When Brad Pitt played Benjamin Button, director David Fincher employed the state-of-the-art make up artists and VFX, and pulled off a near miracle.

With Saand Ki Aankh, in spite of its actors and the crew’s brave intention, it doesn’t seem to be working. Closer home, even if you take the example of Anupam Kher in Saraansh,  a performance Pannu cited in her defence, it was a performance that seemed so organic that make-up (or the lack of it) never was a hindrance. 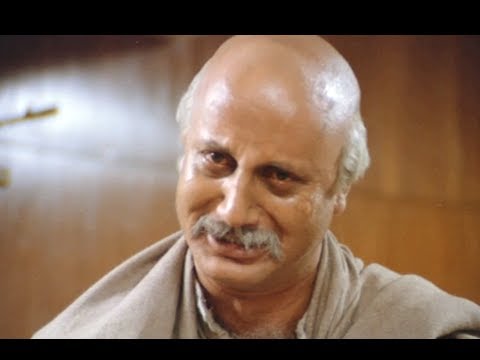 To answer Pannu’s queries about whether people posed similar questions to Aamir Khan when he tried to pass off as a 21-year-old at the age 44, the answer is yes. However, one also needs to be mindful that the film came out before social media’s ‘call out culture’ took flight. So,though the questions were raised, they weren’t necessarily discussed in the public domain. Do the general public offer more leeway to a ‘leading man’ than a ‘leading woman’ – is actually a good point, that warrants more discussion. And Hindi film audience is probably guilty of expecting their leading women to be altruistic more often than the leading men.

Neena Gupta and Soni Razdan spoke on the issue.  Gupta tweeted saying that she should at least be offered roles of her age. In an industry, where actors her age already have such limited opportunities, it does seem unfair. Even Razdan weighed in on the issue by asking what was the point of making a film on 60-year-olds, if age-appropriate actors couldn’t be cast for the roles? Both Razdan and Gupta have delivered compelling performances recently in No Fathers in Kashmir and Badhaai Ho respectively. Seema Pahwa hit the nail on the head while speaking to The Quint – “No producer wants to take any chance with aged actors. They feel safe at the box office with young actors & stars.”

When Neena Gupta’s Badhaai Ho grossed more than Rs 200 crore at the box office, there was lots of chatter about whether Bollywood has broken the stereotype. But the truth of the matter is Hindi films don’t have an equivalent of a Meryl Streep, because no actor like Streep has been nurtured in Hindi cinema. Where the respect extends beyond the opening weekend numbers, and reaches out to her limitless skill to tell a story in the most authentic manner.

The problem with Saand Ki Aankh is that trailer doesn’t feel authentic, something maybe Pannu and her crew should introspect about. The final film could obviously prove us wrong, but it looks like a really steep climb from here for Team Saand Ki Aankh.