Filmmaker Vikas Bahl found himself amid a sexual harassment case a few days back, when a female employee at Phantom Films alleged that Vikas had molested her during a trip to Goa. A few statements came in with some of the director’s partners in the company claiming to have sacked him. Others, though, maintained that Vikas had done nothing of the sorts and that the inquiry is on. Now, actress Kangana Ranaut has taken a moment to talk about the issue.

At a event to launch the new collection of the apparel brand she endorses, the actress was asked to comment on the controversy. While she refrained from taking Vikas’ name citing that she doesn’t know ‘what’s right and wrong,’ she talked about the bigger problem — sexual harassment. She said that the victim in such cases should always be encouraged to speak by one and all. Her statement reads:

We are here to talk about a brand, but what you mentioned is a serious topic. Whoever faces such situations and speaks up is courageous. Generally speaking, they should be encouraged to talk about it by their family and colleagues. They should not be shamed. Obviously, there will always be another side to the other story. But people should speak up, whether it is right or wrong. 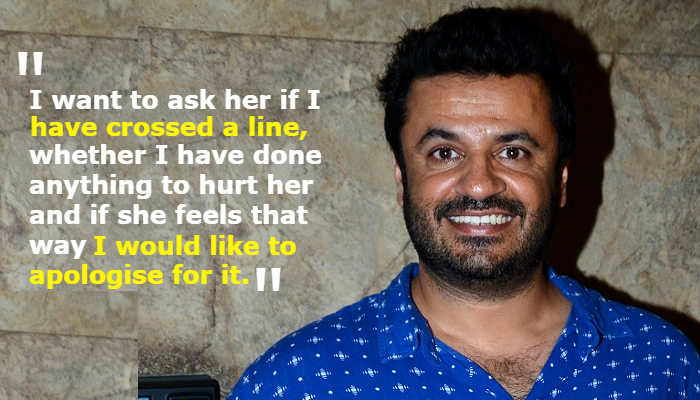 Kangana had worked with Vikas Bahl in his acclaimed directorial — Queen. Ironically, the film talked about women empowerment and showed a woman who doesn’t need the support of any man to be happy in her life.

In the latest development around the case, Madhu Mantena, co-partner in Phantom Films, has resigned from his position, according to a few reports. More news is awaited.

Meanwhile, Kangana is currently busy shooting for Hansal Mehta’s Simran, which has her playing the character of a Gujarati girl. Also, she is prepping up for her next after Simran, a film on Indian warrior queen of Jhansi titled as Manikarnika: The Queen of Jhansi.