This lockdown has taken a toll on many, but apparently none more so than Kartik Aaryan. The Pyaar Ka Punchnama actor, who’s created an incel multiverse of his own misogynistic humour, has taken to Instagram and TikTok, and we’re not sure what to think of his latest offering.

In the video, Aaryan, is so annoyed by the substandard roti served to him (by his sister?), he grabs her by her hair… ‘flings’ her around the house, and just as she’s about to ‘fly out’ of the balcony, Aaryan catches hold… of the belan in her hand. The caption reads: ‘No compromise on food quality’.

For @TheAaryanKartik, it is a big NO when it comes to compromising on the quality of food.#KartikAaryan pic.twitter.com/vETIXziCJ7

Now, no one expects anything better from someone who has built a career on roles where he’s ranting about how women are gold diggers and the very epitome of Satan. He’s the bechara mard. So it’s only fair that he make a video to entertain his fellow brothers, on the resolve needed to withstand an imperfect roti. Where the women in the family are expendable if they can’t do right by their ‘duties’. Especially, at a time when domestic violence has witnessed a spike in several countries, after the lockdown.

Aaryan has earlier shared (creepy) videos on TikTok and Instagram, where he’s advising people to practise santising their hands and social distancing. This ‘funny’ video isn’t even one of those. This one indicates the deep-rooted gender roles in Aaryan’s mind, something he’s reinforcing for millions of people watching his video. It’s not surprising that Aaryan has faced criticism from many quarters, and taken the video down. But this is only after millions of people have already seen it, and had a ‘laugh’ about it. Can we expect another misstep like this from Aaryan in the future? Of course we can, because no misstep would require him to read news reports.

Here are some of the tweets about Kartik Aaryan’s latest ‘funny’ video: 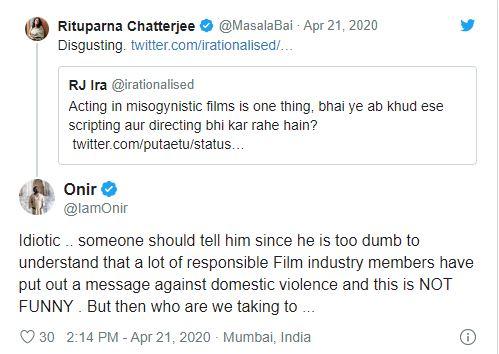 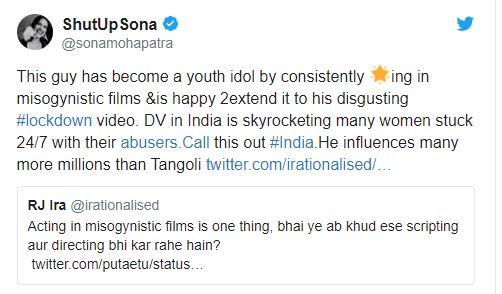 Meanwhile, here’s how his ‘apolitical bunny’ colleagues reacted to Aaryan’s video on Instagram. Yes, nobody is surprised. 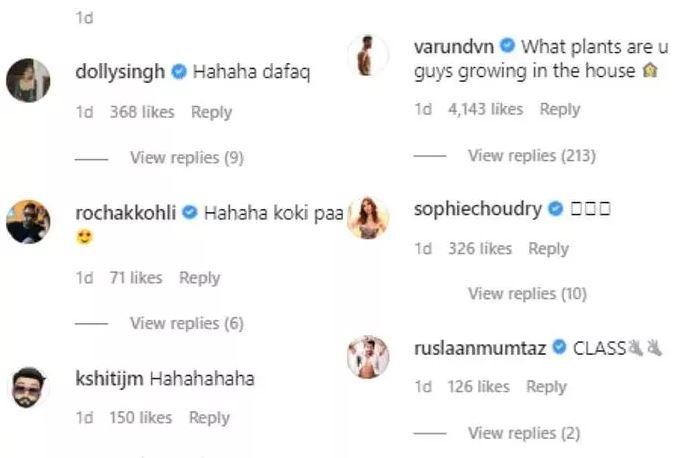