The new song of Vidya Balan starrer Begum Jaan titled O Re Kaharo has been released and it explore the ruthlessness of the women. Almost everybody knows by now that Begum Jaan is set against the backdrop of independence. In the film, Vidya Balan plays the role of a brothel owner and how she fights with the powerful to keep her place intact.

The new song has been crooned by  Kalpana Patowary and Altamash Faridi. The video is hard-hitting and introduces one to the other side of Begum Jaan. She can be seen hitting the women who work with her and forces them to dress up for the night, against their wishes. The video also manages to show how the partition took a toll on them. It showcases all the brutality that happened during that year and how citizens were reduced to mere pawns.

Taking such a sensitive topic is not something that directors do very often. When director Srijit Mukherjee was asked about this, he said any section of society should not be shunned during films. He said, “It will absolutely bring in a renewed focus. It’s a story of survival. They are human beings who have their code of conduct, they have families, they have relationships… it’s very unfair to discriminate against them or put them aside as marginal sections.”

Recently a behind-the-scenes video of the film was also released in which Vidya Balan could be seen saying:

I have the first right to my body, to what I do with it, who I shared it with. And don’t judge me. There is a Begum Jaan in every woman. 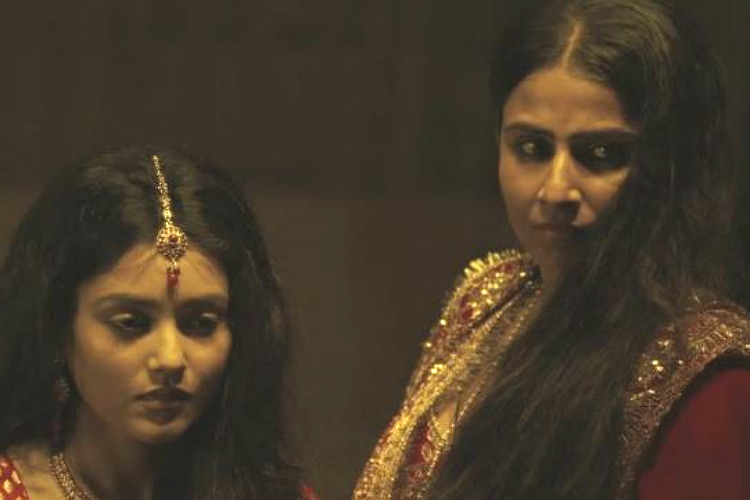