Today is Kishore Kumar’s birth anniversary. The legendary singer would have turned 88 if he were alive today. While he left for the heavenly abode too soon, there are still mysteries surrounding Kishore Da (as he was called with endearment) which are yet to be solved. In a bid to understand the legend better, RJ Anmol had made a documentary on the singer’s life. In the seven-minute long video, Amnol spoke to many people close to Kishore Da to understand his mind and how he led his daily life.

While speaking to InUth, RJ Anmol revealed what he learned about Kishore Kumar. RJ Anmol said that a lot which is said and written about Kishore Da is mostly just myths. The RJ also added that to make the film,he met Pritish Nandy, who had conducted a controversial interview of Kishore Da for Illustrated Weekly. “Pritish told me, Kishore Da was never finicky about money, contrary to the popular notion. It was said that he loved his music, but that wasn’t the case either. Pritish told me something which shocked me. He said, ‘Kishore Kumar did not care about money. It was a facade. All Kishore Kumar cared about was Madhubala and Khandwa.’ That was a huge statement for me,” said RJ Anmol. Kishore Kumar married Madhubala in 1960. 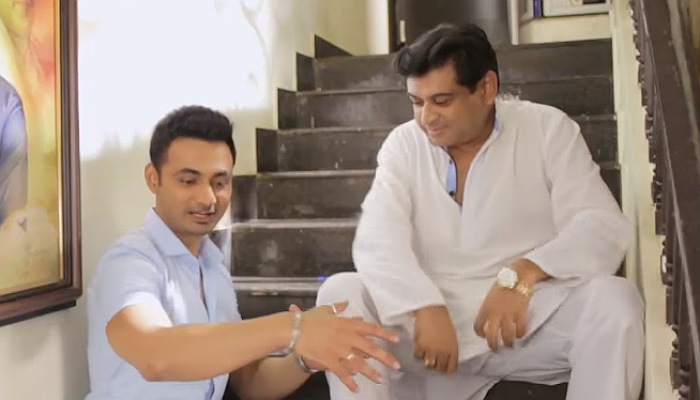 A still from Kishore Kumar documentary

Also read: When Kishore Kumar bit a producer’s hand and 7 other weird facts about the legendary singer

He also added that Kishore Kumar, in his will mentioned that he be taken to Khandwa after his death. RJ Anmol told us that he also went to Kishore’s room in Khandwa and the feeling of being in a room where his idol once lived was surreal.

RJ Anmol also talked about his love for retro music. Talking about it, he said, “I am an old soul. My love for retro started at an early age. My mom and dad’s favorite was the music of 50’s and 60’s. My father had the old cassettes and all. Music was always in our house, so that is how it started.”

Also read: When Kishore Kumar bit a producer’s hand and 7 other weird facts about the legendary singer

Though RJ Anmol can be credited for retrieving retro music, he feels the music of this age is not bad after all. He said the culture of rap and remixes is quite quirky. He added, “If there is something that has gone down, I think that is the quality of lyrics.”