Filmmaker Karan Johar’s autobiography An Unsuitable Boy was launched on Monday in Mumbai and it was a star-studded affair. The event was attended by all the big wigs, including Karan’s close friends Shah Rukh Khan, Gauri Khan, Alia Bhatt, Manish Malhotra, Sweta Bachchan and many others.

The book talks about various phases of Karan Johar’s life including his first meeting with Shah Rukh Khan to his passion for Hindi films and his unrequited love of life. A lot has already been said and written about the book and Karan’s confessions in it, even before the launch of the book.

Johar’s close friend Shah Rukh Khan launched the book and his heartfelt speech about their friendship and the strong bond is something to look upon. SRK said:

I think the name of the book should have been a good boy instead of “An Unsuitable Boy” because I think Karan is an extremely intelligent boy and a gifted human being. When I am saying intelligent, I meant the ability to understand human emotions, people and their situation. I think that is a gift he has from God. He is an extremely gifted sensitive person. And I must mention that he is a brave boy, he is the special human being I have come across. 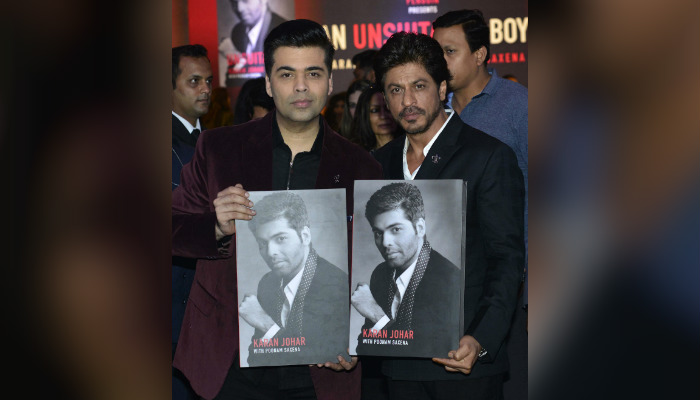 Karan is a good boy, and his parents, Hiroo and Yash, would attest to it. It doesn’t matter even if it’s 3 am, he likes to spend time with his mother. Karan understands people. I used to feel I have arrived if I will win a few awards. I will feel that I have arrived, when I sign with a certain director, and so on. But I feel that I have truly made it in Bollywood, because my family has an entire chapter in the book. 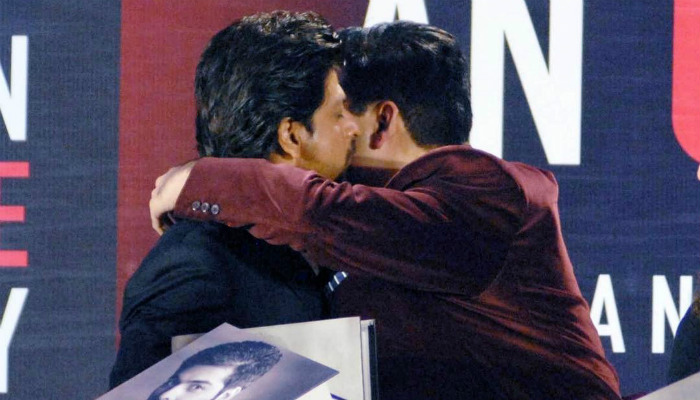 Fashion designer Manish Malhotra also shared a video of SRK from the book launch, in which he praised Karan Johar and thanked him for being in his life. Have a look:

Well, after hearing so many good things about the book by King Khan himself, we can’t wait it read it!