Shah Rukh Khan is now to take his on-screen characters very seriously and prepares for every role with utmost dedication and keeps in mind every minute detail which is to be worked on. From rocking his six pack abs to maintaining his one of the fittest actors tag, the superstar gives all the credit to his trainer Prashant Sawant.

Prashant is a well-known celebrity fitness trainer and has been training SRK from past many years. Apart from King Khan, he has also trained stars like Salman Khan, Ajay Devgn and Varun Dhawan to name a few. Prashant is one of the best trainers and is also the man behind many B-Town celebs transformation.

Recently, SRK visited Prashant’s gym named Body Sculptor in Bandra, Mumbai and made a selfie video with him and told us about his workout routine. In the video, SRK said that it is the first time he has come to Prashant’s gym. 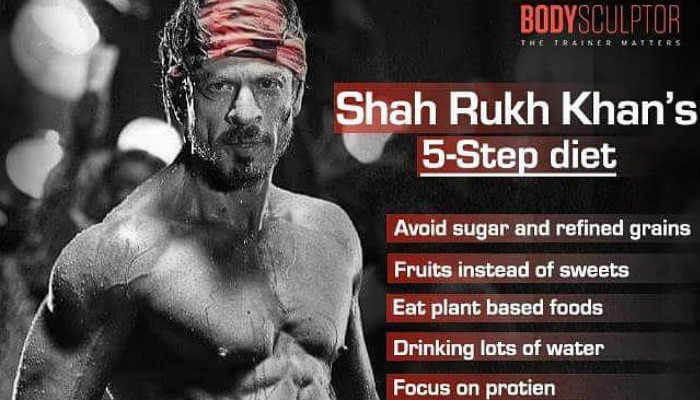 He also revealed that he doesn’t go to any gym except the one in his house, but it is the first time he come to a gym in his entire life and Prashant’s gym is the best he has ever seen. SRK posted the video on his Twitter account with the caption: Went to Body Sculptor Bandra first time. Worked out & they serve healthy dinner too.

In one of his interviews, Prashant revealed that he first got to train SRK when the actor was recovering from his knee surgery and he really liked the way Prashant trained him. And since then he has been training Shah Rukh.