Kangana Ranaut is not on social media. And she doesn’t need to be. Her social media team, known as Kangana Ranaut team is doing such good on her behalf that if she also joins the platform, there’ll be an unstoppable storm. Why am I saying this? Well, Kangana’s team on Facebook has released an old video from Star World’s show — The Front Row with Anupama Chopra, featuring Karan Johar, Deepika Padukone, and Tisca Chopra. What’s so special about the video, you ask?

In a short clip from the entire episode, one can see Karan Johar speaking on ‘nepotism,’ a term which is stuck to Karan’s life like a sore thumb after his verbal tiff with Kangana Ranaut. Karan is talking to Anupama on what prompted him to cast Alia Bhatt and Varun Dhawan in his film and what also led him to be one of the celebrated filmmakers in the industry today. Here’s what he’s said:

“I picked up a chubby girl. I saw something (in her). And maybe the fact that she was Mahesh Bhatt’s daughter also excited me. Right now, I would like to say no. But it may have been a very a strong sub-layer and that is nepotism. We are guilty. I am guilty. I am definitely guilty. Would I have cast Varun Dhawan if he wasn’t David Dhawan’s son? Because he was David Dhawan’s son, he was on my set and maybe that’s why I had enough to understand that he can be a movie star. There are too many factors in this country that determine movie stardom and true talent is the least of them. It is sad. It is truly tragic. Would I have been a filmmaker, I am a producer’s son with no experience, I was an assistant on one film. My father had a platform to give me and therefore I am a filmmaker.”

The video has come out as a revelation. More because the same man who wanted to tell Kangana to ‘open a dictionary and find out the meaning of nepotism’ is the same man who took the same examples (of him, Alia Bhatt and Varun Dhawan) while explaining the meaning of the same word a few years back. What is more interesting is to realise how he is actually confronting his ‘guilt’ in encouraging nepotism in the industry but didn’t approve of it when Kangana said the same on his popular chat show — Koffee With Karan. What is funny though is how Karan is accepting he had no enough talent to be a filmmaker and it was only because his father gave him a platform that made him who he is today. 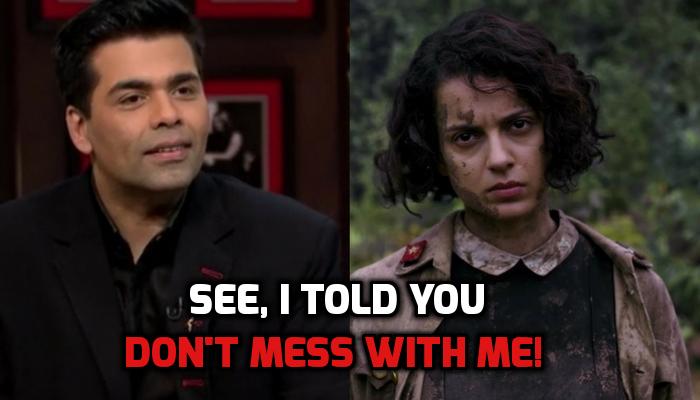 Strange how we human beings have this interesting tendency to forget things we said in the past. Karan Johar is a victim of being human and by all means, he can play the victim card now.

For the uninitiated ones, here are the statements made by both Karan and Kangana on the nepotism debate: 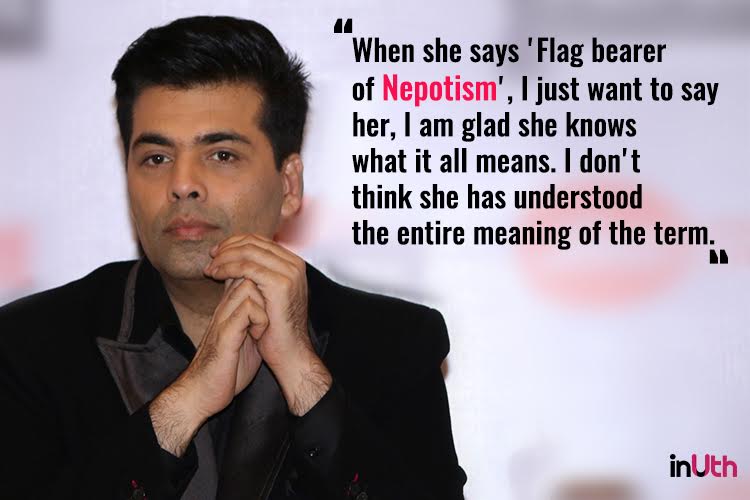 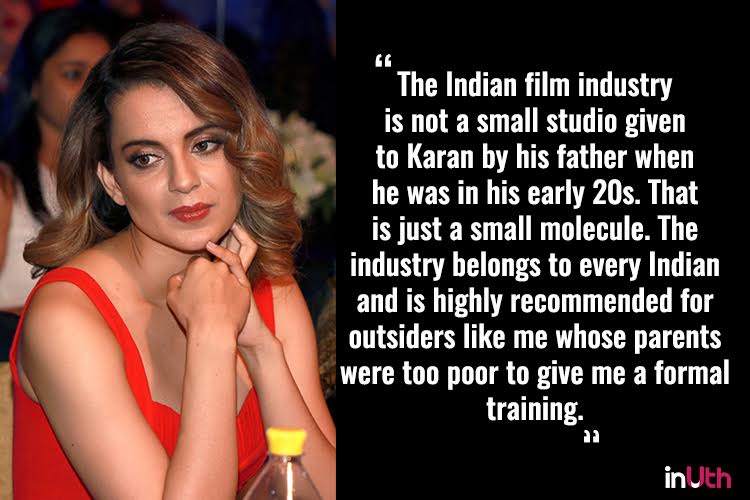