Grammy Award winning Canadian singer Justin Bieber performed at Mumbai’s DY Patil Stadium last night and made the crowd go wow. This was the pop sensation’s first concert in India, which was a part of his Purpose World Tour. The singer performed to a stadium full of his fans, who were excited, emotional and euphoric and set the stage on fire with his power-packed live performance.

“Hello India,” Bieber said to the crowd of Beliebers, who waited for hours altogether in scorching heat to watch him perform on a humongous stage enhanced by graphics as well as enlivened with startling fireworks and the rousing response of the audience.

“What a beautiful night for me as I am here in this beautiful country for the first timeaAnd you people are favourite,” Justin Bieber said at the DY Patil Stadium here on a full moon night. His fans welcomed him by putting their hands in the air, while some female fans were seen overcome by emotions as he sang his famous songs Cold water, Love yourself and I will show you how. 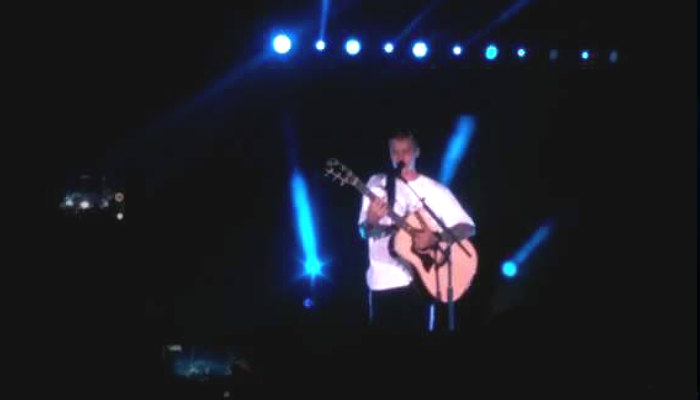 When Bieber finally hit the stage — wearing a pair of shorts and a T-shirt — with his team of dancers, the excitement in the crowd was at its peak. And the best moment was when he sang his one of the most popular songs Sorry by waving the Indian flag in the air, the crowd simply went crazy. Trust us guys, that moment was just out of this world. Don’t believe us? Watch it here: