Ranveer Singh is someone who not only takes the promotion of his films seriously but also helps his friends promote their films in the best and unique ways possible. And the recent example is the actor’s video with Alia Bhatt for the promotion of her upcoming film Badrinath Ki Dulhania.

Ranveer on Sunday shared a video of him with Alia Bhatt on his Instagram account in which the duo can be seen dancing to the tunes of Tamma Tamma. And no, this was not any usual dance, but a hilarious one. Flaunting a turban and a thick beard, Ranveer was dressed as ‘Happy Singh’ and Alia was looking really pretty in a pink dress.

The video started with Alia singing a few lines from the song and Ranveer replying to it with a Punjabi accent. But that’s not all, there a twist at the end of the video which will leave make you laugh out loud for sure. Ranveer captioned the video: Happy Singh Ki Dulhania!! 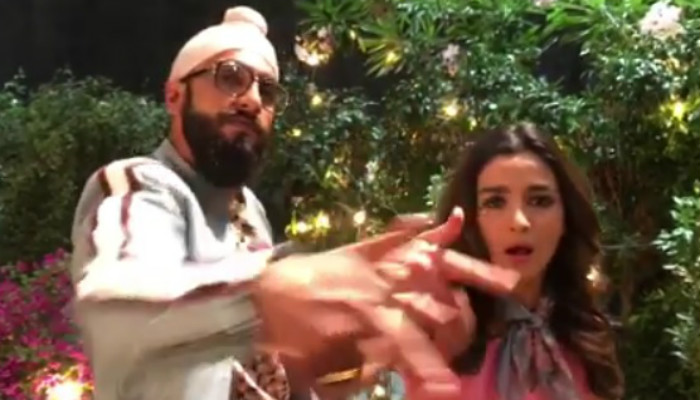 Directed by Shahshak Khaitan, Badrinath Ki Dulhania is the second installment of the rom-com franchise Humpty Sharma Ki Dulhania and is a love story of Badrinath and Vaidehi. The trailer and songs of the film are already a big hit among the audience and people’s expectations are really high with it. This is Varun Dhawan and Alia Bhatt’s second on-screen outing together and their chemistry is simply amazing in the film.