Shah Rukh Khan’s younger son AbRam needs no introduction. The toddler grabs attention wherever he goes and is as famous as his superstar daddy. Whether it is posing for pictures or playing around with his siblings, Abram has made us his fan.

Recently, a video of AbRam having a conversation with daddy SRK went viral on the internet and people went gaga over the cuteness of this little munchkin.

We all have seen that Shah Rukh’s social media accounts are filled with AbRam’s pictures and video and the superstar never leaves a chance to show how much he loves him and that he means the world to him. AbRam and SRK’s frequent outings together always hog the limelight and their latest joyride is again making headlines.

The father-son duo was spotted enjoying a car ride on Monday in Mumbai. SRK took Abram for a long drive in his open top convertible BMW and it was a sight to behold. AbRam was all smiles as he enjoyed the ride and even waved out to the onlookers.

As SRK and Abram hit the road, people passing by couldn’t contain their happiness and started clicking pictures of the father-son duo. A couple of videos were also shared by SRK’s fan page

It’s good to see how King Khan never shies away from making various public appearances with baby AbRam, unlike other celebrities who prefer hiding their kids for the reasons best known to them. 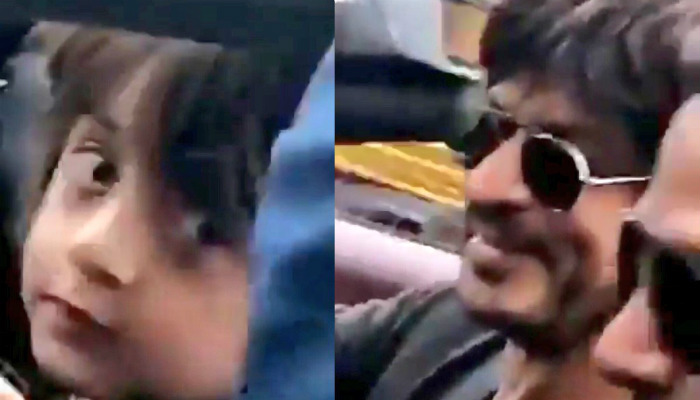 On the work front, Shah Rukh Khan had a good start with Raees doing a great Box Office business. He is now gearing up for Imtiaz Ali’s next, featuring Anushka Sharma and Anand L Rai’s next.