Composed by Akshay and Abhishek, the song is the second one to come out from the movie. The film is directed by Amit Roy and produced by Shoojit Sircar and will be released by Reliance Entertainment on 17th February. This new song is pictured for a montage of a wedding sequence from the movie and has quirky lyrics coupled with upbeat music—thereby, making it a perfect song for the ongoing wedding season.

It must be said that by bringing Bappi Da on board for the song, the makers have managed to hit the right note. Meanwhile, one of Bappi Da’s songs is said to feature in Dev Patel-starrer Lion. He is also reported to make a special number for Akshay Kumar’s upcoming movie Jolly LLB 2. Given the quirky lyrics and equally off-beat music, it won’t be wrong to expect that this song might become a hit like Oo La Laa from The Dirty Picture (2011). 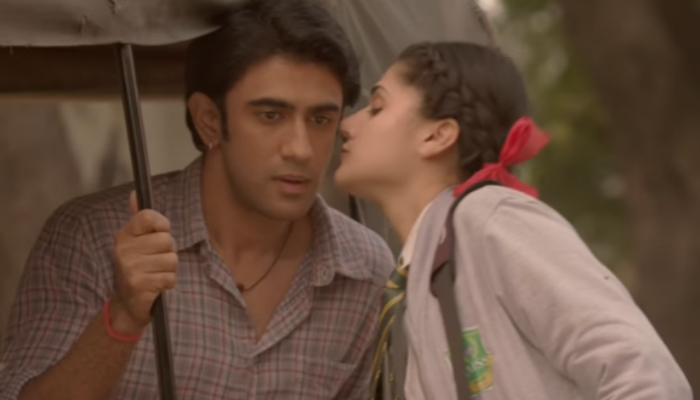 The name and trailer of RunningShaadi.com give away the information about the film. The trailer showcases a violent end to a runaway marriage, which gave an idea to Bharose (Amit Sadh) and his friend Cyberjeet (Arsh Bajwa) to start a website that will end woes of such couples. Their idea is initially disliked by Nimmi (Taapsee Pannu) but later she also joins the gang. The movie traces how these three land in a huge trouble after helping a girl run away from her house to marry her lover.