Phillauri star Anushka Sharma is coming up with interesting ways to promote her upcoming film. The actress who plays the role of a ghost in the movie recently left everyone in split when she picked up the call of a reporter in the middle of the press conference. The incident took everyone by surprise. Anushka’s co-star Diljit Dosanjh was also seen laughing at the incident.

Anushka picked up a phone of a reporter which was getting a call. Then Anushka happily talked to the reporter’s mother and she was seen saying, “Hi aunty, she (your daughter) is in an interview right now, she will call you later. I am Anushka.” The actress asked reporter’s name and then went on speaking and said, “Aunty she will call you later. She’s taking my interview.”

Now that was quite a unique sight for all the media persons present there! 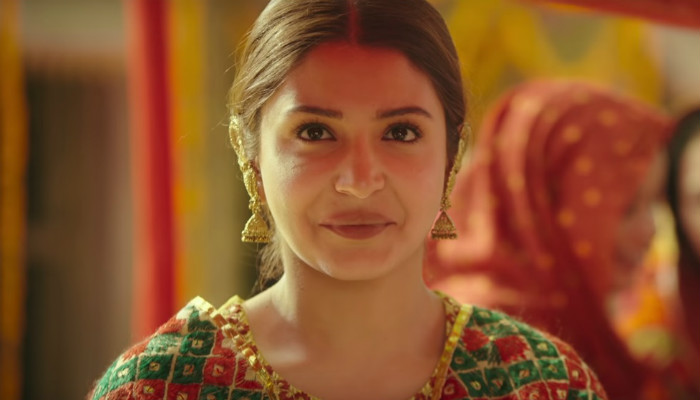 The actress also recently spoke about how she felt playing an unconventional role for the film. She stated that she had a gala time playing a non-living character. The role was quite exciting and she loved playing every bit of the ghost. When the actress was asked about her stint as a producer, the actress stated that when she is on the set, she focuses on her job and when she turns into a producer she needs to handle everything.

For her upcoming film Phillauri, Anushka is leaving no stone unturned. Phillauri revolves around a young man who gets married to a ghost accidentally. The movie also features Diljit Dosanjh in a lead role. Directed by Anshai Lal, Phillauri is slated for a March 24, 2017 release.

Recently, Anushka shared a video which was titled Chapter 1 – The Bride… In Spirit. The video explores the life journey of Shashi. The narration of the film has already piqued our interest to the core.