Said to be the sequel of Varun Dhawan and Alia Bhatt’s Humpty Sharma Ki Dulhania, this is one of the most awaited films of 2017. Produced by Karan Johar, Badrinath Ki Dulhania is a rom-com and surprisingly the film has no connection with the prequel and the storyline is completely different.

The actors of the film have recently wrapped up shooting for the film and their pictures for the sets and photo shoots are simply mesmerizing.

The film was in news ever since its announcement and people are eager to watch Alia and Varun create the same magic on the screen like that of their previous outing.

Directed by Shashank Khaitan, Badrinath Ki Dulhania is a love story of Badrinath and Vaidehi. In an interview with Filmfare Varun Dhawan told that it’s a dark love story and said:

It’s about Badrinath from Jhansi and what happens in his world. It’s a bit more grown up than HSKD. It gets dark with twists and turns, which people won’t expect in a Dharma movie.

Also read: These pics prove that Alia Bhatt and Varun Dhawan’s ‘Badrinath Ki Dulhania’ is going to be a cracker! 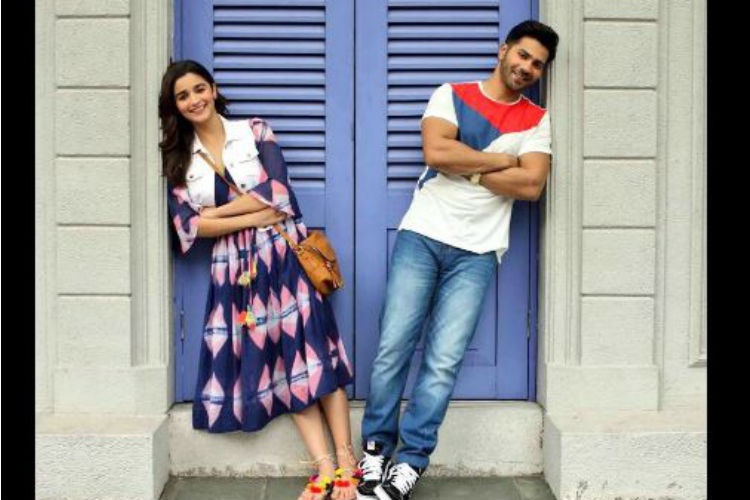 Alia Bhatt on Sunday took to Instagram and shared a video on her teasing Varun Dhawan and announcing the date and time of the teaser release in the most adorable way. Have a look:

Isn’t it cute! Well, their chemistry looks super amazing and all we can say is that the movie is going to be a fun ride with these two amazing actors. Apart from Alia and Varun, Gauahar Khan will also be seen playing a prominent role in the film.