There’s been little doubt about Vidya Balan’s ability as an actor, but how often has mainstream Bollywood done justice to perfectly talented actors? Balan faced some heat when she delivered six flops after shouldering two of her biggest hits – The Dirty Picture and Kahaani. After peak success, Balan starred in a mixed bag of films, where she worked on the shrill Begum Jaan, the Chinese box-like Ghanchakkar and the terribly melodramatic Hamaari Adhuri Kahaani. Her performance was applauded in Kahaani 2: Durga Rani Singh, but she wouldn’t taste success again till Suresh Triveni’s charming Tumhari Sulu.

With the blockbuster success of Mission Mangal (the film has crossed the 200-crore mark), Balan finds herself on stable ground to fight longer. As she sat down for an interview with Film Companion, Balan shared some interesting insights into the success of Mission Mangal, and what caused the slight turbulence in her professional life while successful films eluded her. Here are excerpts:

1. Even though Akshay Kumar’s presence in Mission Mangal was criticised by some quarters, Balan held the contrarian view that Kumar brought some levity to an otherwise serious subject matter. 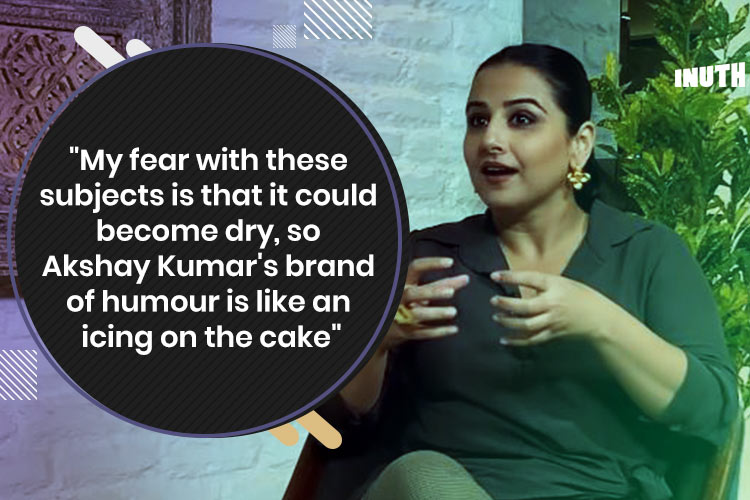 2. Balan said she enjoyed the subversion in the track around her personal life, where her on-screen husband (Sanjay Kapoor) is shown as the nag. 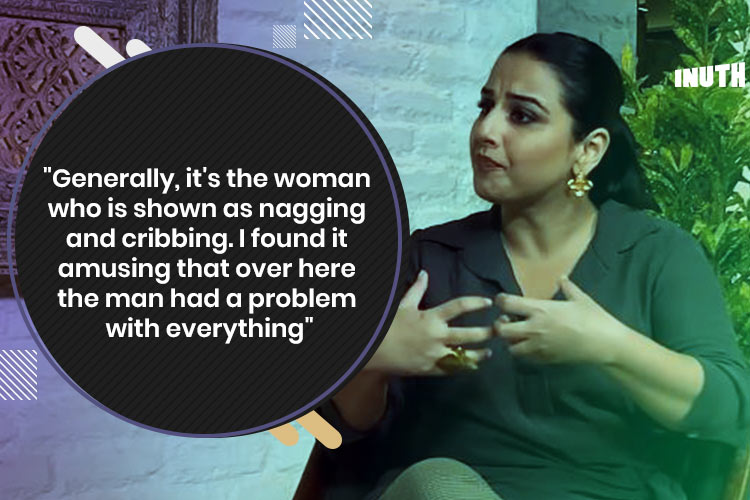 3. When asked about what gives her confidence to make fun of her weight (in the film), Balan said she’s never seen an unattractive-looking role as a problem.

4. Vidya Balan spoke about how the two of her biggest successes made her savvy about the business side of films, and that’s when things started to go wrong… 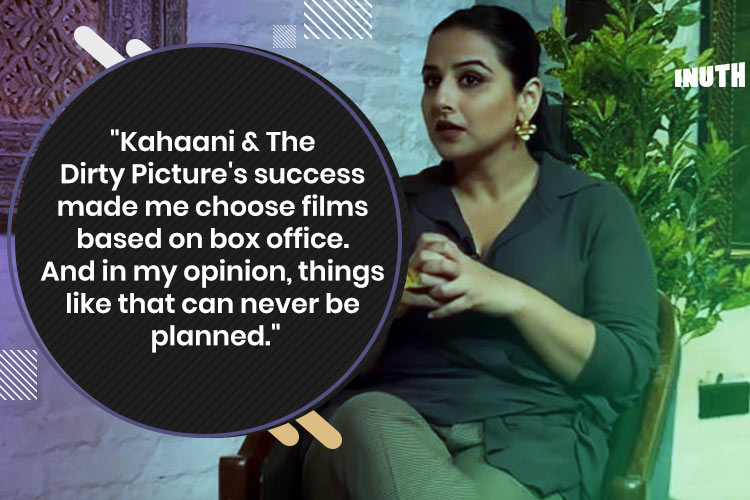 5. Balan came up with this apt metaphor for her consecutive ‘flops’ which made her question her own objectivity. 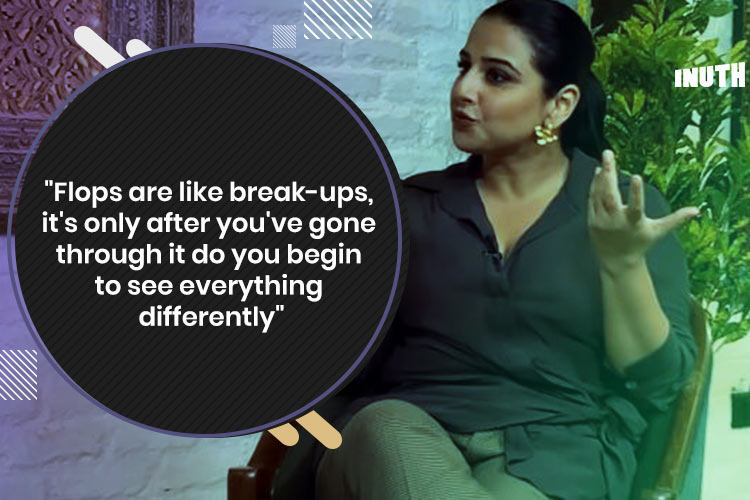 Here’s hoping we see a lot more of this fine actor, in significantly more challenging roles. You can watch the whole interview with Vidya Balan here: