After Ranveer Singh-Arjun Kapoor and Ranbir Kapoor-Ranveer Singh showed a strong bromance in the previous seasons of Koffee With Karan, it is the time of Vicky Kaushal and Ayushmann Khurrana. The two young actors have had an unusually successful 2018.

Kaushal has appeared in as many as five films in 2018, getting rave reviews for each of them. And Khurrana has appeared in arguably the best Hindi film of 2018 (Andha Dhun) and the most unanimously loved Hindi film (Badhaai Ho). The young lads making their debut on the notorious hot seat of Koffee With Karan were full of wit, charm and candour.

The two candidly spoke about the struggle of coming from scratch and making it to 100-crore films, the surreal fantasy of bumping into their heroes and the recipe of navigating through the wild ride of Bollywood. Here are the top six moments in what is undoubtedly the best KwK episode till date:

1. Ayushmann spoke about making his way from being a contestant at a reality show to entering the 100-crore club with Badhaai Ho… 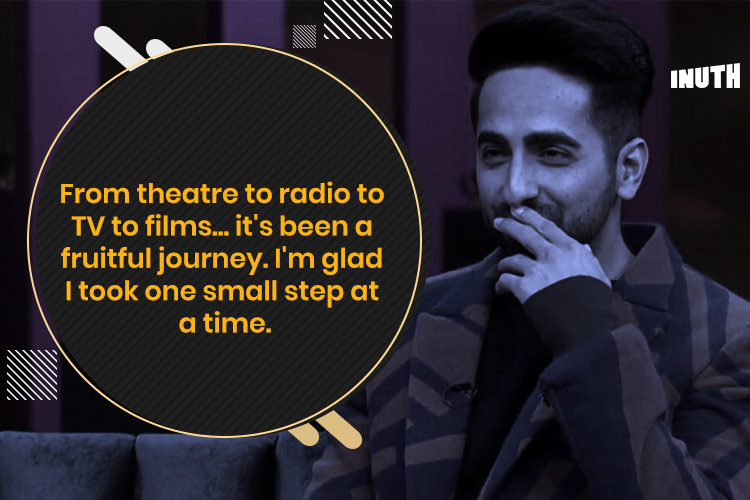 2. When it was revealed that Karan Johar was actually called Rahul Kumar Johar. And that his official name was (really?) Karan Kumar Johar. 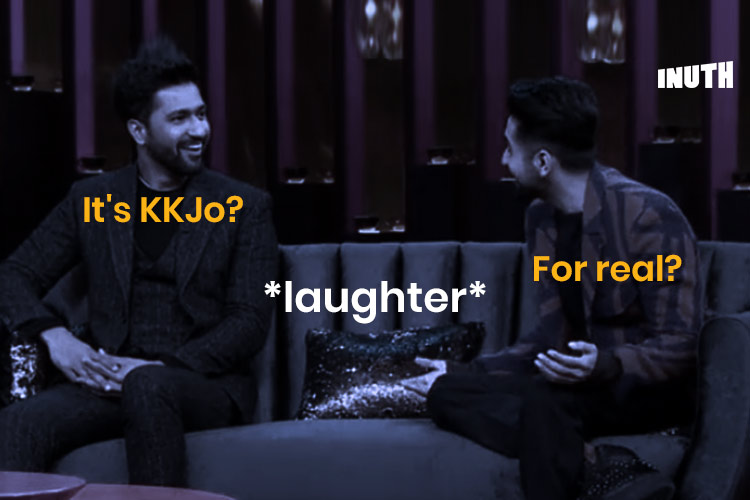 3. When a close friend revealed that a girl had flown in especially for Vicky, but he failed to pick up on the signals and fell in love with another girl. Vicky later found out about it and he was like… 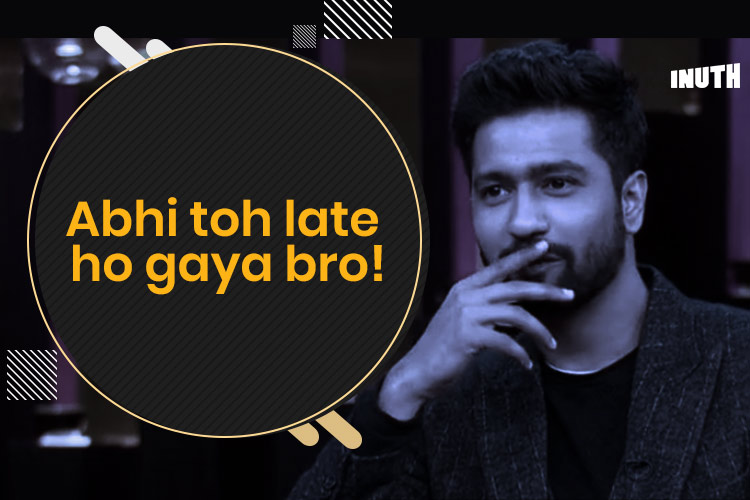 4. When Vicky Kaushal got a call from Shah Rukh Khan at 1 am, praising him for his performance in Lust Stories. 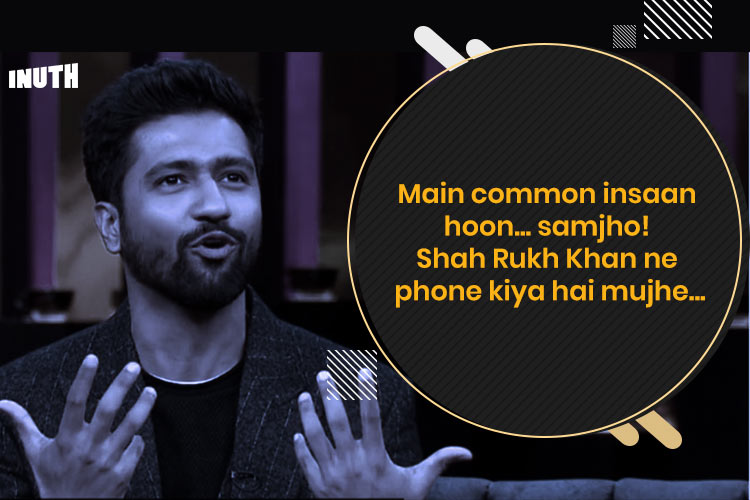 5. Shoojit Sircar’s reaction to Ayushmann telling him that he had already donated sperms as a part of a challenge in a reality show. 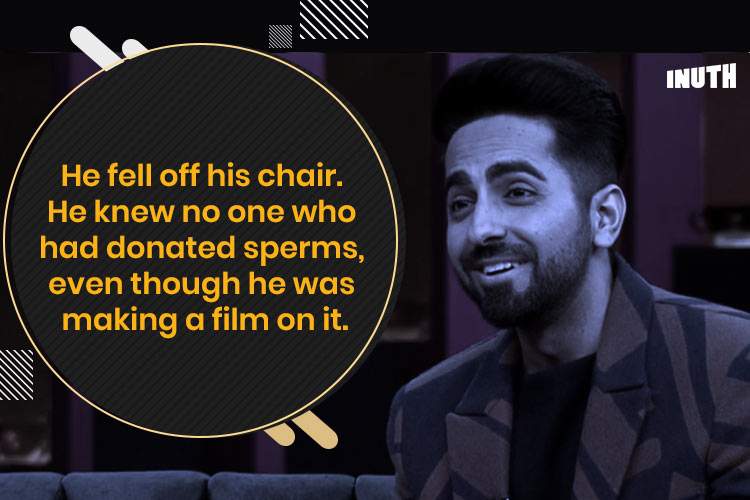 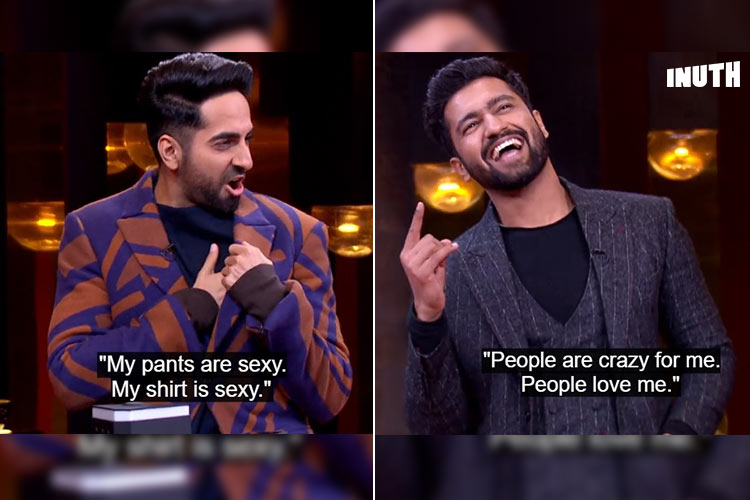 The two actors have paved a way for many outsiders along with their colleague, Rajkummar Rao. And their comfort with the stardom and ability to remain grounded in spite of the crazy year, is a signal for the shift in Bollywood’s order of things. With even an Aamir Khan becoming vulnerable at the box office, these two actors and their counterparts are selling the concept of ‘lead characters’ rather than ‘stars’ – dictating the tone of a film.

*You can stream the whole episode on Hotstar.