In today’s scenario, the people busier than Prime Minister Narendra Modi happen to be his die-hard supporters and the right-winged organisations. They have submitted themselves whole-heartedly to the service of ‘Bharat Mata’, berating anyone who does not adhere to their checklist for being called a patriot. Nobody escapes the crosshairs of right-winged nationalists, not even Shah Rukh Khan.

Now, King Khan’s latest film Raees hit the theatres on 25 January and has been doing solid business. On the same day, Gujarat’s Shiv Sena unit and Vishwa Hindu Parishad sought a ban on the film, citing that the flick glorifies a ‘real-life criminal’.  The Gujarat Shiv Sena unit alleged that the film was based on yesteryear Gujarat gangster Abdul Latif and it promoted worship of a criminal.

Since the day when he voiced his support for the inclusion of Pakistani cricketers in the cash-rich Indian Premier League (IPL) seven years ago, Shah Rukh Khan has been in the crosshairs of the right-wing organisations. Whenever his film hits the theatres, questions are raised over his patriotism. The posters of his film are torn, effigies burnt and trolls do overtime in suggesting him to go to Pakistan. And an icing on the cake comes in the form of hate tweets by an office-bearer (read Kailash Vijayvargiya) of the party in power at the Centre.

Now, the pertinent question arises. Is bashing SRK the favourite pass time for the right wingers these days? Before you label me as an agent of the superstar, anti-national or any other adjective suitable for you, let me put forward my arguments on how illogical is the pseudo-nationalists’ rant against King Khan.

It is stupid… It is stupid to be intolerant and this is our biggest issue, not just an issue… Religious intolerance and not being secular in this country is the worst kind of crime that you can do as a patriot.

Little did Khan realise that his concerns over curbs on freedom of speech would yield disastrous results for his film Dilwale as a box office. Massive protests broke out across the country as screenings of the Rohit Shetty-directorial were disrupted in various places. Later, Khan had to retract the statements and said that his remarks were misinterpreted.

However, Kailash Vijayvargiya, a prominent BJP leader took no time in spewing venom against the superstar, suggesting that the latter’s heart was in Pakistan in spite of the love showered upon him by the fans in India.

Vijayvargiya too did not forget his hatred for Shah Rukh when he equated him to international fugitive Dawood Ibrahim, clearly referring to the death of a man at Vadodara railway station during Raees promotions.

In times when any criticism of Narendra Modi’s policies amounts to anti-nationalism, Shah Rukh came out in full support of the demonetisation policy. Wake up, bhakts! Open your eyes and read this tweet.

Farsighted. Extremely smart. And not politically motivated. Will bring such a positive change for Indian economy. Great move @narendramodi

Why such hue and cry now?

The shooting of Raees began in early 2016. The scenes were shot in Mumbai as well as Gujarat. We all know the influence Shiv Sena commands in the metropolis. In such a situation, it is unusual for them to be unaware that a film based on a Muslim gangster also featuring a Pakistani actor was being shot in Mumbai. Let’s say, they missed an opportunity to do so, maybe preparing for the BMC elections.

Or maybe, the right time to create a brouhaha over the Pakistan actors’ issue is auspicious at the time of the film’s release. Secondly, few portions of the gangster drama were shot in Gujarat as well. We know that the state continues to be ruled by the BJP for the past 16 years. If the VHP and Shiv Sena were too worried about a film supposedly based on the gangster’s life, why didn’t they pressurise the government then? Especially with the fact that the film has been directed by Rahul Dholakia, whose earlier film Parzania on 2002 riots could not find cinema halls for exhibition.

After reading the above arguments, we hope that the ‘nationalists’ will undergo self-introspection if they want to. It will not only instill some wisdom, but also act as a timepass option.

Else, may better sense prevail. 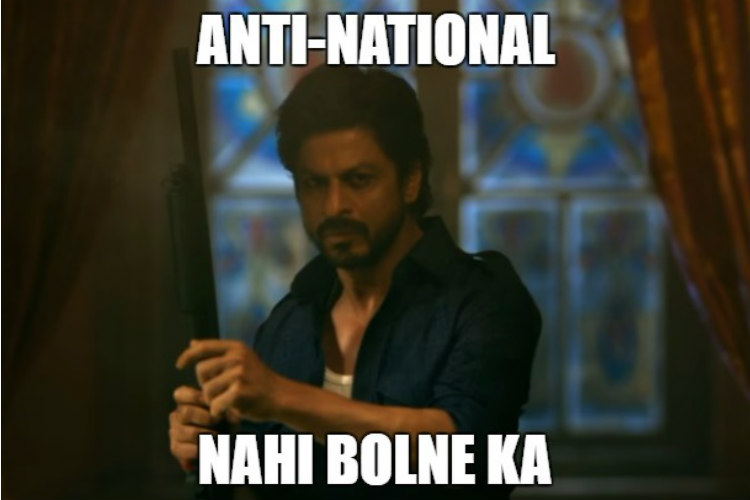