Varun Dhawan believes that people have started using the term ‘star’ very loosely wherein every second actor is labelled a star or superstar. The actor, who is gearing up for the release of Judwaa 2 believes that the only superstars of India are Rajesh Khanna, Amitabh Bachchan, Salman Khan and Shah Rukh Khan.

While talking about the future of stardom at the Jagran Film Festival, Varun Dhawan said,

“I think people label actors as stars too early. To become a star is something else. I mean, 100 people coming to see you is not stardom, that means you are merely liked as an actor. When you are a star, what follows is the mass hysteria. According to me Rajesh Khanna, Salman Khan, Shah Rukh Khan and Amitabh Bachchan are massive superstars. We shouldn’t give away the superstar tag easily.”

Also Read: Varun Dhawan talks about stardom and explains why YouTube views are no benchmark of success 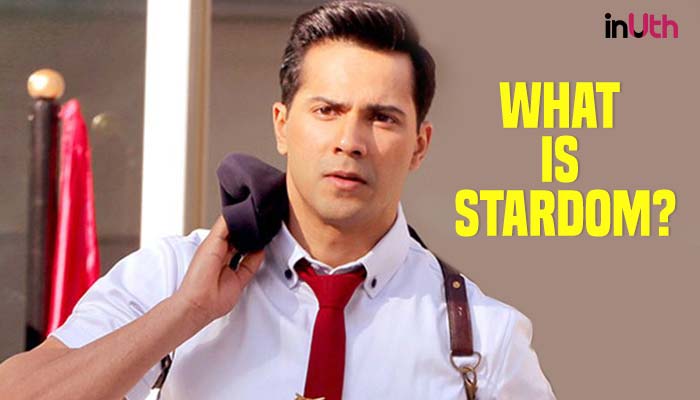 The actor further revealed that stars in today’s time should adopt the Akshay Kumar formula of film-making. Varun believes that Akshay should be the role model for every young actor as Khiladi Kumar doesn’t take criticism seriously and always keeps working to entertain the audience.

“I shot for around 60 days for Badrinath Ki Dulhania and spent 20 days to promote the films. So it took me 80 days in totality to finish my work on Badrinath Ki Dulhania. I feel we can still do more film, but we are just scared to take risks. We second-guess our choices. Akshay Kumar is a rarity. He is a leading example of a strong mind. He is someone whom today’s generation should follow. He is someone who doesn’t care much about criticism and just keeps working. Today, the younger lot of actors don’t know how to deal with criticism. The main reason for being careful is social media because the opinion makes a difference to us.”

Varun Dhawan’s next film, Judwaa 2 is slated to release on September 29.