It seems the makers of the upcoming rom-com Badrinath Ki Dulhania are cashing on the love season and the lead actors of the film are happily participating in it. Varun Dhawan and Alia Bhatt started the promotions of the film recently and pictures of them together are a wonderful sight. While Alia looked cute dressed in a denim dress, Varun exuded boyish charm as he teamed his chinos with a shirt. But what has got our attention are the red heart shaped balloons scattered everywhere.

Alia and Varun are known to be great friends and their continuous banter brings a smile on everyone’s faces. Quite obviously, their promotional strategies too made it to the headlines. 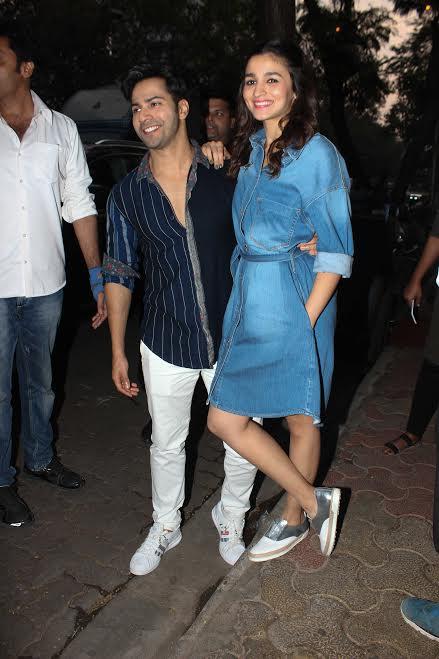 But what has got tongues wagging is that Alia’s rumoured boyfriend Sidharth Malhotra is not with her on Valentine’s Day. When Siddharth was earlier questioned about his plans for the day of love, he said he would be working.

Not only this, Siddharth had also praised Alia and Varun’s chemistry in a conversation with IANS. He said the film looks exciting and their chemistry is definitely something viewers should watch out for.

The latest pictures of Alia and Varun prove Siddharth couldn’t be more right. 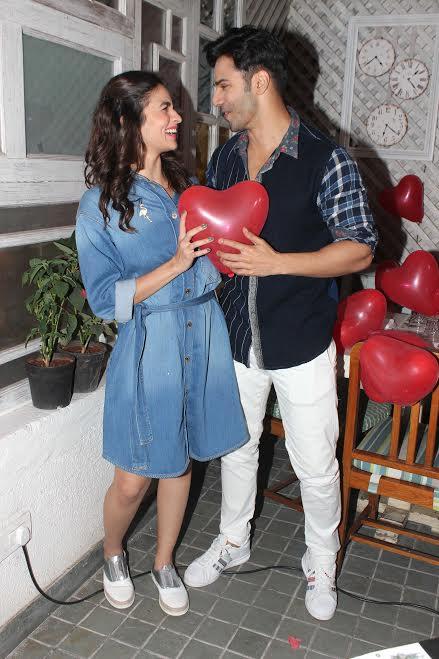 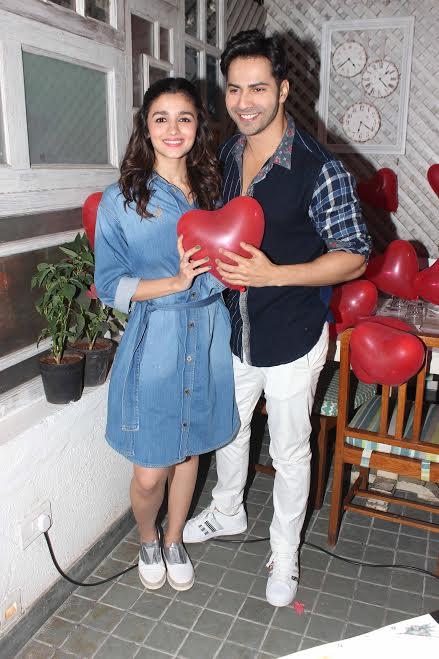 Badrinath Ki Dulhania is the second instalment in the rom-com franchise after Humpty Sharma Ki Dulhania. This is the third time that Varun and Alia will be seen on screen together after their debut with Student Of The Year. Directed by Shashank Khaitan, the film will release on 10 March.