Twinkle Khanna never shies away from expressing her opinion. She does not mince her words while putting her viewpoints across for the audience. The actress recently wrote about The Viral Fever (TVF) head Arunabh Kumar’s molestation row in detail wherein she called the victims as the ‘little file-toting flies’ and molesters as  ‘loathsome frogs’ in the workplace.

In a detailed note, the actress ensured that she takes a dig at all the people who have been accused of molestation. The actress went on to express her dissent on how a man should not call someone ‘sexy’ in a workplace. The actress threw some light on the issue in reference to Arunabh’s statement in which he mentioned that being a single heterosexual man he can compliment a woman if he finds her sexy and there is nothing wrong about it.

Taking that as a cue, Twinkle stated,”‘Sexy’ is an acceptable compliment within a work environment only if she is a stripper and you are her pimp trying to boost her confidence before she takes the stage.” The actress went on to reveal a shocking experience in which she also faced sexual harassment at a workplace. 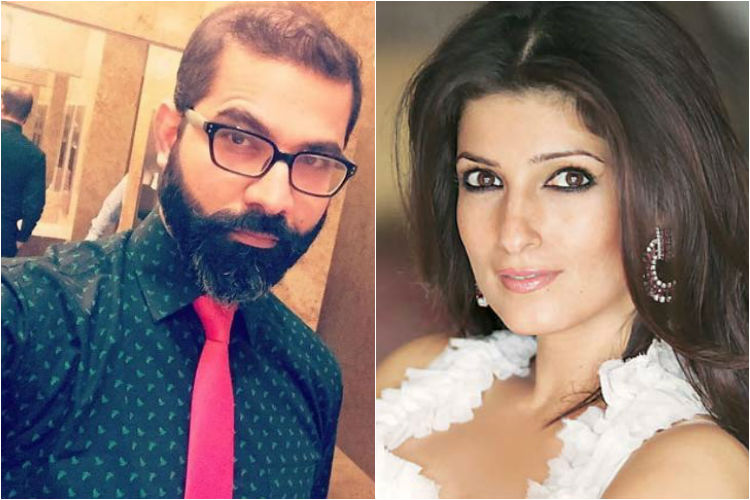 The actress went on to say that despite being Akshay Kumar’s wife, she faced such a situation from a wealthy client whose message moved her down to tears. The actress stated that she ended up as a statistic- 38% of women who had been a victim of sexual harassment in the workplace. The survey was conducted by Indian National Bar Association.

She went on to add that if men can’t help falling for someone, they should ask her out for a drink and if she refuses the offer, then they should deal with it rather than stalking her, touching her inappropriately or sending her lewd messages and emails. Twinkle went on to add that it’s okay to tell a woman that she is sexy in a bedroom but telling the same thing in the boardroom is deplorable.