You may or may not have enjoyed Prosit Roy’s Pari, and yet we can still agree that it was an admirable attempt, at the very least. Basking in the rich folklore of witches and djinns, Pari was successful in contemporarising ancient characters moulds. And now with Tumbbad, Sohum Shah seems to be digging his heels into a similar territory.

Set in 1920s Pune, the film tells the story of a ‘Devi’ (the eternal God) and one of her God-sons, Astar. And Tumbbad (presumably an event) is set into motion after human curiosity and enthusiasm awakens him after a thousand years. Sound like one of those horror tales your grandmother used to tell you? In the teaser, it is Sohum Shah narrating this folklore to a child. This is Shah’s first film since last year’s Simran. 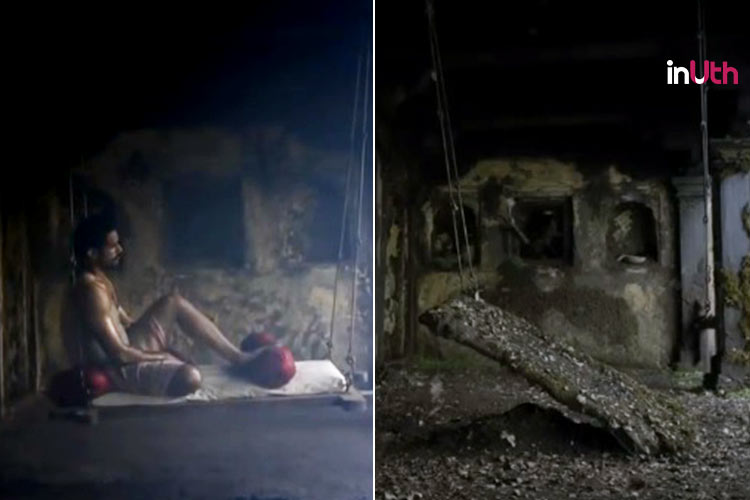 Co-produced by Aanand L Rai, Tumbbad is this year’s seventh film that the producer/director is attached to. After Mukkabaaz, Meri Nimmo, Happy Phir Bhaag Jaayegi, Manmarziyaan, Moothon (Malayalam) and Tumbbad, Rai will wrap things off with his magnum opus starring Shah Rukh Khan (Zero). An unusually busy year for someone who was involved with the same number of films in the decade between 2007 and 2017.

The film has been co-written by Mitesh Shah and Anand Gandhi, who also happen to be the team behind Kajol-starrer Helicopter Eela. Another busy year for writer-director Gandhi, who has been on a hiatus since 2013’s Ship Of Theseus.

The film is the first directorial venture for Rahi Anil Barve and has been in the works for nearly four years. Apparently rich in atmosphere, this should definitely be a step ahead of Vikram Bhatt’s repetitive, lazy and frankly, shameless riffs on a horror film. Enough of Yorkshire pretending as Palampur, enough of the violins and please make that shrieking damsel stop. As Sohum Shah says towards the end of the teaser, get ready for Tumbbad.