Akshay Kumar and Bhumi Pednekar starrer Toilet: Ek Prem Katha has witnessed a decent opening at the Box Office on opening day. The film has earned Rs 13.10 crore at the domestic Box Office. The opening figures are less than Badrinath Ki Dukhaniya, Tubelight, and Jab Harry Met Sejal. The morning shows of this movie were not great but it picked up the pace in the evening and night shows. The movie got decent footfalls at single screens but poor at multiplexes. Toilet: Ek Prem Katha released in 3000 screens.  The film needs to earn in excess of Rs 110 crore to be termed as a hit and given the response so far, it seems like another hit for Akshay Kumar

The collections would grow further on Saturday and Sunday if the multiplex audience shows full support.While critic reviews are mixed, the audience word of mouth as yet seems to be on the positive side. However, hold in the collection on Monday would give us an idea about real WOM.

Based on the social issue of open defecation, Toilet: Ek Prem Katha hopes to spread awareness about healthy sanitation. In the film, Akshay plays the role of Keshav who is wed to Jaya (Bhumi). Since the home doesn’t have a toilet, Jaya leaves Keshav. What follows next is a battle with the old traditions. The movie has been appreciated for its content but few critics have said the intention was lost in the process. 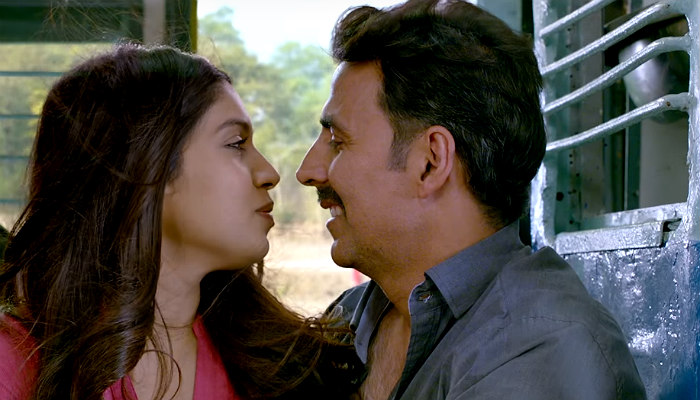 Cine buffs have been eagerly waiting for the release of this film and trade experts hoped it would end the dry spell at the Box Office. The long weekend would help in the collections, only if word of mouth is sustained. In the past few months, Bollywood hasn’t been able to deliver hits with biggies like Salman Khan and Shah Rukh Khan too failing. Let us all wait to see if Akshay Kumar breaks this jinx or not.